Netflix's Cocaine Island Is the Ultimate Florida Man Doc. Is That a Good Thing?

If every society gets the El Dorado myth it deserves, then I regret to inform you that director Theo Love’s Netflix documentary The Legend of Cocaine Island is probably ours. It’s a story of greed, unwarranted optimism and incredibly poor judgment, all in service of a get-rich-quick scheme that would’ve been absurd even if it hadn’t been highly illegal. And its hero is none other than “the world’s worst superhero,” local news headline ubiquity Florida Man.

Florida Man takes many forms; in Cocaine Island, he’s Rodney Hyden, the self-made owner of a construction company that once boasted 80 employees. He lives in Archer, a tiny city near the center of the state that an eloquent neighbor muses is “not the end of the world, but we can see it from here.” After many prosperous years, the economic meltdown of the late 2000s suddenly pushes Rodney and his family into seven-figure debt. In hopes of recovering, he does something that he now admits was extremely stupid: He hatches a plan to find, transport and sell $2 million worth of cocaine that Archer’s resident hippie, Julian, claims to have buried on the beach in Culebra, Puerto Rico years earlier.

Rodney is sharp enough to realize that he won’t be able to smuggle such a large quantity of drugs on his own. But it never occurs to him that enlisting a local dealer to connect him with a trafficker several links up the chain—or that said criminal may have a hidden agenda in offering to help move the coke in return for a modest cut of the profits—might be a bad idea. So, with his opioid-addicted buddy Andy in tow, Rodney flies to Culebra and starts digging. Somehow, the adventure doesn’t go quite according to plan.

Cocaine Island is a jaw-dropping portrait of a man who can’t stop making catastrophic decisions. (Some of these judgment calls seem downright unbelievable, and Love admits in onscreen text that he wasn’t able to independently verify all aspects of the story.) While he raises a few worthwhile questions about the American dream and the priorities of law enforcement in our never-ending war on drugs, Love prefers to highlight the funny aspects of the debacle—of which there are, obviously, many.

The results are certainly entertaining. But there’s an undeniable mean-spiritedness to the movie, too. Apparently unsatisfied with the dark comedy baked into the men’s tale, the director openly mocks Rodney’s ignorance. He brags about “talkin’ that smack, that drug talk.” In reenactments where he plays himself (in both senses of the term), we see him typing “cocayn” into a search engine and doing Scarface impressions. Even worse is the way Love plays Andy’s druggy mannerisms for laughs. This reveling in the misfortunes of desperate people is a staple of Florida Man humor, and it gets exploitative fast. Did I chuckle? Sure. But as the credits rolled, I felt dirtier than a gym bag full of white powder encased in two decades’ worth of sand. 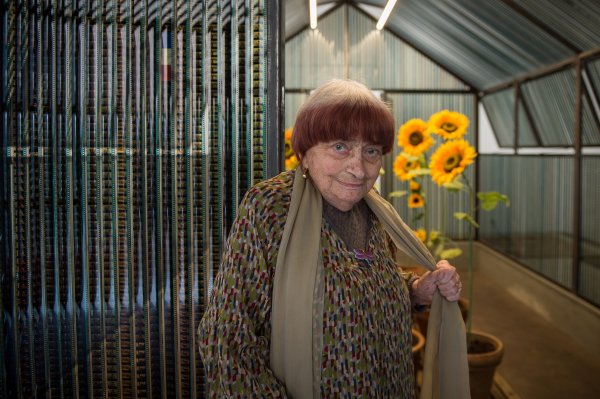 Where To Stream the Films of Agnès Varda
Next Up: Editor's Pick