The Light Years Is More Than a Queer Coming-of-Age Story. It’s a Quest for the Divine

The professional memoir is so much a part of life now, we could almost forget it is also the province of the distinguished personage: someone like Chris Rush, the visual artist and designer, who has written his first memoir, The Light Years, about growing up in ’60s and ’70s counterculture, in that old-fashioned mode–the story of becoming himself–but with the features of a newer, novelistic genre.

Born into a well-to-do Catholic family in New Jersey, Rush is not just his mother’s boy but a bit of her revenge on his brusque, macho father as well. The mother and son have one of the most endearing camp connections I’ve seen described. And while Rush’s later psychedelic adventures make up many of the book’s most affecting scenes, he is still, as a child, prone to saying to his mother, “I’m a yellow who wants to be an orange,” and dressing in his pink satin Pucci cape, thrifted miraculously for a dollar. It’s a costume that amuses one parent and horrifies the other. Rush was a trip before he ever went on a trip.

This caped rebellion launches the book’s action and leads to a year in a Catholic boys’ boarding school at his father’s insistence, which fails to break his queer style though it stretches his bond with his mother almost to breaking. Rush’s older sister Donna, his hero–who encourages him to hitchhike, an adventure that almost costs him his life–is a muse made of mischief. Without her, he might’ve had less to describe of his life.

The challenge for Rush is compelling us to follow the events of that era that feel like familiar standards–the sacrament of dropping acid the first time, for example, is something we feel we know as well as our own memories, even if we’ve never done it. But he breaks through when he reveals that both his drug-fueled adventures and his relationship with his sexuality are really about the way he left the church but never abandoned his search for an experience of the divine that might replace it. This other story, filled with sentences lit from the inside like his paintings, allows Rush to “make it new”–any artist’s imperative–in telling us the story of his life. 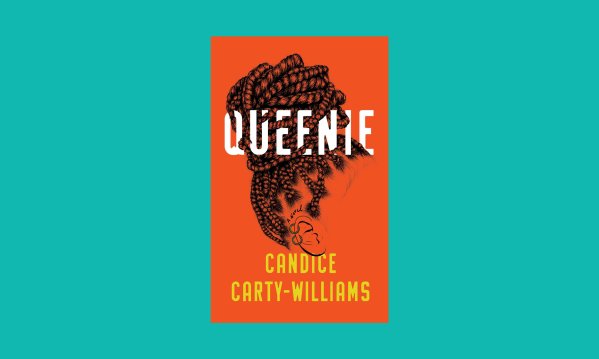 Don't Call Queenie a 'Black Bridget Jones.' This Book Is So Much More
Next Up: Editor's Pick