Deportation Looms for Liberians After Decades of Protected Status in the U.S.

Many liberians living in the U.S. arrived fleeing civil war and its aftermath. On March 31, the Trump Administration’s decision to end a special program designed to protect them goes into effect. It will send some 4,000 people, many of whom have spent most of their lives in the U.S., back to a country they may no longer know.

In 1991, with fighting rendering their homeland chaotic, Liberians in the U.S. at the time were granted protected status, giving them the right to stay and work (but no path to citizenship) until it was safe to go back. Eight years later, after one civil war had morphed into another, President Bill Clinton gave Liberians another special status, called Deferred Enforced Departure (DED), which offers similar protection from deportation.

For two decades, every President renewed the program–until March 2018, when President Donald Trump reconsidered it amid a wider curbing of programs for previously protected immigrants from Honduras, El Salvador, Haiti, Nepal and Sudan. Noting that Liberia was no longer experiencing armed conflict and that the threat of another Ebola outbreak had dissipated, he gave Liberians with DED status–everyone from doctoral students to retirees with deep roots in the U.S.–one year “to make necessary arrangements” to return.

Many parents are facing a painful choice: leave their U.S.-born children, or take them from the only home they have ever known to an unfamiliar country where violence is rife and opportunities are few. And those with DED status who might choose to stay and appeal the decision risk losing their jobs and being deported as newly undocumented immigrants. Civil rights advocates have sued the Administration on behalf of the Liberians, calling the program’s termination racially motivated. Meanwhile, congressional Democrats have introduced a law that would allow Liberians in the DED to apply for permanent residency–but even if the law passes, it will likely be too late. 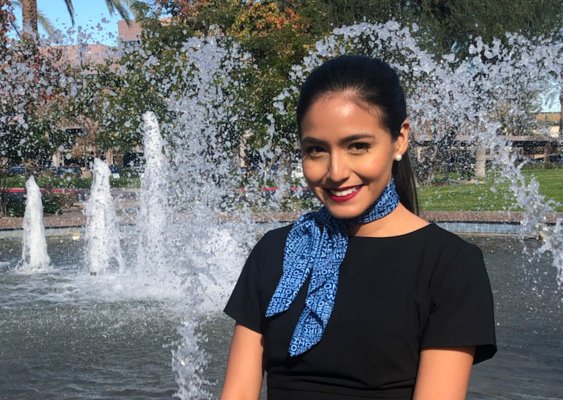 ICE Releases 'Dreamer' Flight Attendant After She Spent More Than 5 Weeks in Detention
Next Up: Editor's Pick