Boeing Has Announced Software Fixes for Its Troubled 737 Max Aircraft

Boeing has announced a fix for the 737 Max airplane, which remains widely grounded across the globe after an Ethiopian Airlines plane crashed shortly after takeoff and killed all 157 on board earlier this month. It was the second crash in less than six months, after a Lion Air flight crashed in Indonesia last October.

The company will make standard in all 737 planes a warning system that had previously been a paid optional upgrade, reports the BBC. Neither of the Boeing planes involved in the Indonesia or Ethiopia crashes had the warning system installed, but Boeing told reporters that the fix to include this as standard is not an admission of responsibility in either of the crashes, according to the BBC.

Read More: The Grounded 737 Max Is Turning Into a Major Debacle for Boeing

Boeing will also upgrade software, called the Manoeuvring Characteristics Augmentation System (MCAS), that can cause the nose of an aircraft to point down automatically if sensors determine it is ascending too rapidly. The software update will disable the feature if sensors receive conflicting information.

Both of the 737 Max planes that crashed in recent months are reported to have nose dived before crashing.

“Following the first incident in Indonesia we followed the results of the independent authorities looking at the data, and, as we are always looking to ways to improve, where we find ways to improve, we make those changes to make those improvements,” a Boeing official said, according to the BBC.

The company says it plans to submit a final version of the software to the U.S. Federal Aviation Administration this week, but it will need to go through the FAA approval process before planes are ready to fly with the upgrades.

A preliminary report on the cause of the Ethiopian Airlines crash is expected to be released later this week. 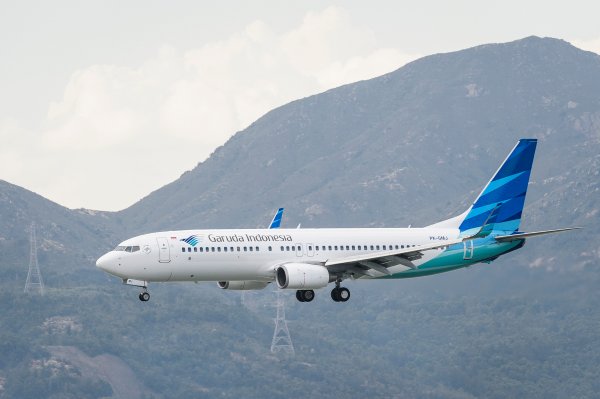