Human Traffickers Accused of 'Crimes Against Humanity' in Thailand and Malaysia

Roshid Alam holds photograph of his son, Mohammad Faisal, who was only 14 when he and 170 other Rohingya got on a boat in 2012 bound for Malaysia in this photo in Shamlapur, Bangladesh on July, 4. 2015.
Shazia Rahman—Getty Images
By Amy Gunia

Traffickers allegedly murdered, enslaved, imprisoned, tortured, raped, starved, and forced displacement of their victims between 2012 to 2015, according to a joint investigation by the Human Rights Commission of Malaysia (SUHAKAM) and Bangkok-based rights group Fortify Rights.

While atrocities committed against the Rohingya in Buddhist-majority Myanmar are well-documented, the new investigation is the first to document abuses in Malaysia and Thailand. “This is the first report documenting international crimes that were perpetrated outside of Myanmar,” Matthew Smith, CEO and co-founder of Fortify Rights told TIME.

Approximately 170,000 people fled to Indonesia, Malaysia and Thailand by sea during the three-year period between 2012 and 2015, following violence in Myanmar’s Rakhine state that left more than 100,000 Rohingya internally displaced and confined to concentration camps. Heightened security since the unrest contributed to a state of apartheid that steadily eroded their living conditions. Many fled to seek a better life in Muslim-majority Malaysia.

Often the refugees were deceived into boarding overcrowded boats lacking adequate food and water, then abused or worse once aboard, the report says. Once they reached their destinations in Malaysia or Thailand, many were enslaved and held for ransom up to $2,000 to secure their release. Girls and women were systematically sold into domestic servitude or into forced marriages.

Read more: ‘These People Don’t Have the Time to Mourn’

“When I was unable to pay the money to the men, they poured boiling water on my head and body,” said one 16-year-old refugee, according to the report. Other captives were tortured with pipes, bats, clubs, belts, wires, tasers, and nails.

Many died from the abuse or were murdered, and mass graves have been discovered in both Thailand and Malaysia. Thailand convicted more than 60 people in relation to human trafficking in 2017, including government officials.

“One of the ways that the identities of traffickers in Thailand were discovered was through bank accounts and bank transfers. A lot of the payments people were making to traffickers, these were transfers that were happening through banks and there are records,” Smith told TIME. “This type of investigation has not taken place in Malaysia,” he added.

According to Smith, Malaysian officials may have tried to cover up what was happening. Authorities destroyed one mass grave a day after it was discovered in 2015. “The logical conclusion is that there were people in positions of power involved in this trade and covered it up,” Smith said.

Although an official government inquiry to investigate human trafficking is underway, the country has to date arrested only four foreigners in connection with human trafficking. “Impunity is a problem, so long as impunity continues, the abuses are likely to continue,” Smith said.

The traffickers reportedly profited $50 to $100 million a year from the trade. “It was a cold, calculating business that preyed on a population of people that had already endured horrific injustices. The motivation was purely financial,” Smith said.

Read More: The Rohingya Diaspora Is Crucial to Achieving Justice in Myanmar

While Smith told TIME that the situation has improved slightly, he says there is still reason for concern. “Rohingya are still being subjected to human trafficking, its happening now on a smaller scale but its still happening,” he said, adding that a group of migrants had landed in Malaysia in the last few weeks that were subjected to similar treatment as documented in the report.

“We are hopeful that the authorities will hold the perpetrators for these heinous crimes responsible,” Smith said. “We’re hoping that Malaysia will right the wrongs of the past.”

Since the 1990s, more than one million Rohingya have fled persecution in Myanmar. Members of the stateless ethic group are often viewed as illegal immigrants in Myanmar, and have been stripped of their citizenship. More than 900,000 Rohingya remain in camps in Bangladesh, unable to return home to Myanmar. 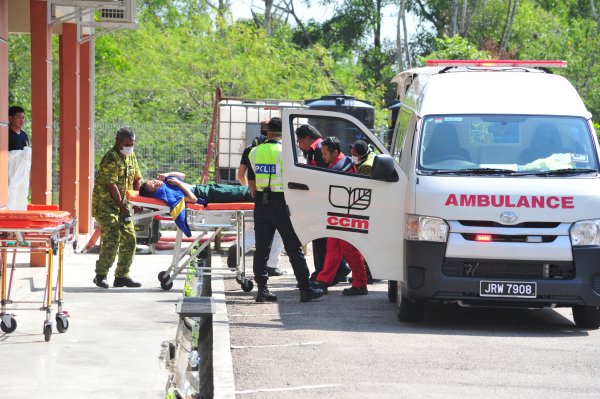