Why Divorce May Hurt Wealthier Kids' Education the Most, According to a New Study

It has long been known that children whose parents split up have lower educational prospects than those whose parents stay together. But a new UCLA study found that divorce does not affect all children equally. Somewhat counterintuitively, the study suggests that divorce shortens the academic career of kids from stable families more than it does those from already struggling families.

“We found that parental divorce lowers the educational attainment of kids,” says Jennie E. Brand, professor of sociology and statistics at UCLA, and lead author of the study, “but only among those for whom the divorce was unlikely. We interpret this to mean that the divorce was unexpected, and as such, more disruptive.”

Her research indicates that a divorce among families that are usually expected to be stable—wealthy, well-educated, well-planned—is more of a disruption for the children than in families where poverty and dysfunction are the norm. (It’s well-established that kids often do better after a divorce if a marriage is extremely high-conflict.)

To arrive at this conclusion, the analysis, which was published in the Proceedings of National Academy of Sciences, cross-referenced two sets of data on the families and socioeconomic backgrounds of 11,512 children and 4,931 mothers to tease out which parents were more likely to divorce and which were not, and then compared the educational outcomes of the children from families who ultimately got divorced with those who didn’t.

Children from families where divorce was deemed unlikely, but did happen, were 6% less likely than children of non-divorced parents to graduate from high school and 15% less likely to complete college.

But for children in families already at high risk for splitting up, there was almost no impact on their likelihood of graduating from high school or college after their parents separated. This was partly because children in that group already had disrupted lives and lower levels of academic achievement. It’s a bit like getting a toothache after you get a migraine—you’re already going to bed.

How did the researchers figure out who was more likely to split up? “A divorce is more likely in cases where there is more maternal depression, differences between spouses, and more socioeconomic disadvantage,” says Brand. The study also took into account factors like whether or not it was a first marriage, if there were any kids from prior marriages, if the child was planned, whether the mother grew up in a single-parent family or if she had have inflexible work hours.

Brand acknowledges that these factors are not perfectly predictive, but defends their reliability. The data, she says, came from a longstanding study conducted by the Bureau of Labor Statistics that surveyed a group of people representative of the general population and “very reliable measures” were used. “Whether our model correctly predicts who is more or less likely to divorce always has some uncertainty,” says Brand, “but it is one of the most extensive models we have seen in the literature.”

The takeaway from the study however, is not that wealthy parents should focus less on getting their kids into college and more on their own marriages. Rather, the findings more clearly suggest that bolstering stability among more fragile families is an important part of helping a child along the road to becoming educated.

For those more frail families, the study concludes, this may be less about marital counseling and more about fixing what contributed to parents separating in the first place, including a lack of options for managing work and child-rearing, financial hardship and insufficient access to mental health services. That a divorce would not disrupt some kids’ education is a warning sign for how ruptured their lives already are. 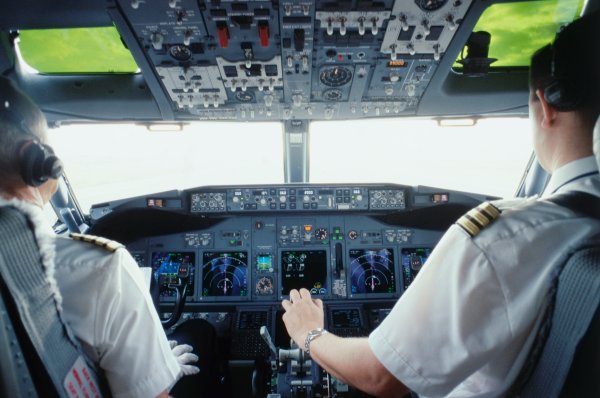 Pilots Have Their Own Secret Language. Here's What They're Really Saying
Next Up: Editor's Pick