The jet ski of a fugitive apprehended in Torres Strait in this photo obtained on Mar. 27, 2019.
Australian Border Force
By Amy Gunia

A man attempting to leave Australia on a jet ski was apprehended by authorities, after police were notified of a man “possibly armed with a crossbow” departing from a point in far north Queensland on Monday.

The Australian Border Force, the Australian Federal Police and the Queensland Police Service launched a joint operation to catch the man, who turned out to be a 57-year-old British man wanted on drug-charges in Western Australia, according to a press release.

Authorities said the man was attempting to get to Papua New Guinea, and he nearly made it. He was apprehended on one of Australia’s northernmost islands, Saibai Island, in the Torres Straight, only about 3 miles from his destination.

“This arrest sends a strong message to would-be fugitives – our reach across Australia is second to none and we will use all our contacts and relationships to find you and bring you before a court,” a police spokesperson said, according to the statement.

The main was detained and held by Queensland police. He is pending extradition to Western Australia, according to the statement.

Australian Border Force posted about the incident on Twitter: 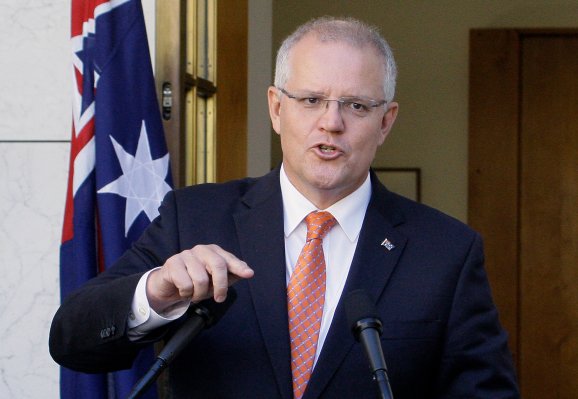