The prosecutors who dropped all charges against actor Jussie Smollett on Tuesday should have warned the Chicago police about their plans – and now owe the public an explanation for what happened to the case, says a former state’s attorney for Chicago’s Cook County.

Earlier on Tuesday, the state’s attorney dropped the 16 charges against Smollett, which included disorderly conduct for filing a false police report. Smollett’s attorney later said that that state had also moved to “seal the record in this case.” Chicago Mayor Rahm Emmanuel and Police Superintendent Eddie Johnson expressed frustration that the state’s attorney’s office had dropped the charges against Smollett, who stars in the hit TV show Empire and was accused of elaborately staging a hate crime in Chicago in January.

After the decision was made public, Police Superintendent Johnson said that he stands behind the police investigation, saying, “Do I think justice was served? No.”

Mayor Emmanuel took his criticism a step further, calling the decision a “whitewash of justice.”

Richard A. Devine, who was the state’s attorney for the county from 1996 to 2008, says that dropping the charges without first discussing the decision with police is “unusual” – especially in such a high-profile case. Speaking with TIME, Devine said that State Attorney Kimberly Foxx – who recused herself from the case – should explain to the public why the prosecution will not move forward.

“I certainly would have tried very hard to reach the superintendent of police in this case, and have any discussion prior to taking the action,” says Devine. “Obviously, the superintendent wasn’t going to be happy no matter what the discussion was, but at least you gave him the courtesy of informing him ahead of time. I don’t understand that, to tell you the truth.”

He added, “This is something that raises questions about the relationship between the police department and the prosecutor’s office, the reasons for taking a drastic action – basically ending the case without any charges.”

There are still a lot of open questions about the case, especially since it was closed so quickly after the indictment, says Devine. In his opinion, Foxx owes the public a clear explanation of what happened, and whether something went wrong with the prosecution’s case.

Louisville Chief Fired After No Body Cameras in Shooting

“I think the prosecutor in this case, because she’s a public official, owes the public an explanation as to how this decision was arrived at,” says Devine. “I think it’s just basic and fundamental. You’re not only an attorney, you’re a public and elected official, and the public has to understand why you’re doing what you’re doing.”

Devine says that while it’s uncommon for a case to be dropped, it’s possible if something goes fundamentally wrong.

“It can happen. A new witness comes up, something comes up that just puts a giant hole in your case. And if that happened, usually the prosecutor is prepared to say what that was. There’s a big question mark out there, and I think it has to be resolved, one way or another,” Devine says.

Most Popular on TIME
1
Illinois Gov. Says Trump Cannot Send in Military Without Permission
2
When Rioting Is the Answer
3
'Twilight' Actor Died of Overdose, Coroner Says 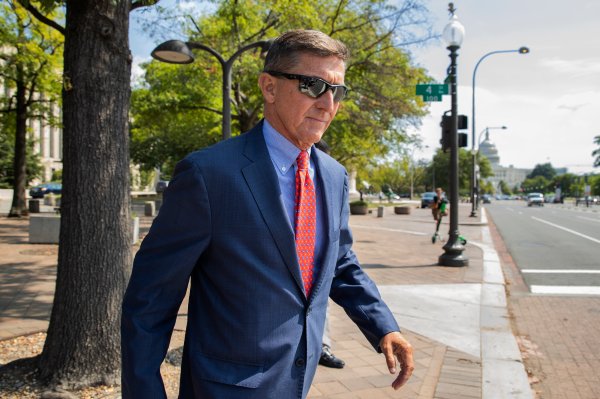