Halle Berry made a case to become the fourth member of Destiny’s Child when she performed a fierce lip-sync and dance to “Survivor” as part of a social media challenge to celebrate Women’s History Month.

In an Instagram video posted over the weekend, Berry dances and lip-syncs to Destiny’s Child’s hit song as part of a challenge called #WomenDancingTogether. In the caption of the post, Berry noted that she was nominated for the challenge by Ruth E. Carter, the Oscar-winning costume designer behind films like Black Panther and Do the Right Thing.

“This one goes out to the incredible female survivors I have encountered in my life, the women who have the tenacity to live on their own terms,” Berry wrote. “The ones who take risks, hustle hard and will stop at nothing to provide the best life for themselves and the people they love. Let’s keep this going!”

Berry then nominated Ciara, Kelly Rowland and Reese Witherspoon to make their own dancing videos to celebrate Women’s History Month.

Watch Berry show off her moves below. 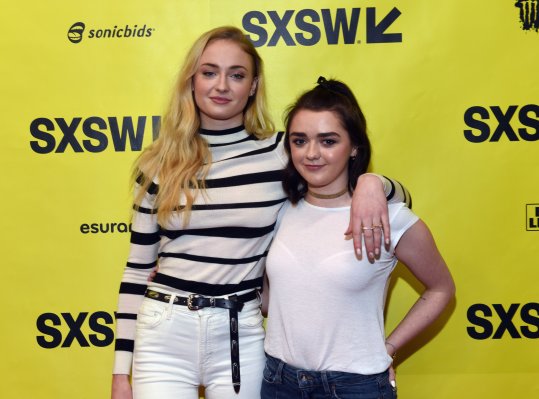 Maisie Williams and Sophie Turner's 'How We Met' Story Is Enough to Melt Your Heart
Next Up: Editor's Pick