Some people love to hear or watch scary stories. But what about living in a scary story? That’s what happened to writer Tom Taylor after he booked himself a stay at a remote cabin to spend some time focusing on his craft.

In an extensive Twitter thread full of thrilling twists and haunted turns, Taylor documented his night at an admittedly sketchy “murder cabin” (his words). It all started with the sound of wind chimes outside. But after he attempted to take down the chimes in the early hours of pre-dawn — and was blinded by a mysterious flash — Taylor’s situation only began to unfold further into the stuff of nightmares.

This thread features strange pounding noises, an unidentified ticking sound, the shadow of what may be a person in a window, a strange package, the silhouette of a bear, and so much more, including Australian possums. There’s even a small, old-school TV playing only static and an incident in which the doorknob comes off the door. But for the full effect, you’ll want to go to Taylor’s Twitter to see everything unfold in all its suspense.

As it happens, Taylor is no stranger to putting together exciting stories: a bestselling comic book author for both DC and Marvel, he has written series like Injustice: Gods Among Us and Star Wars. But even a creative like him couldn’t make this stuff up. Check the thread at your own risk. 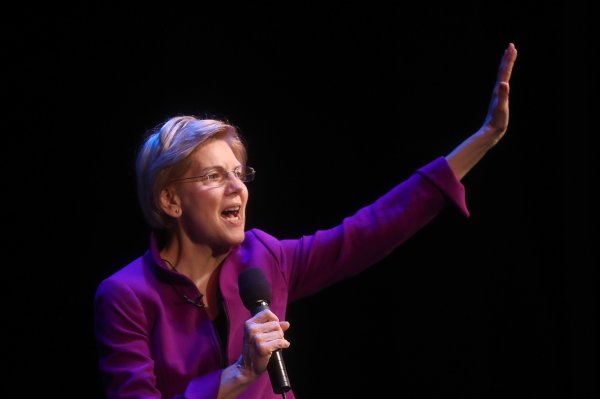 Elizabeth Warren Is Officially Running to Get This Train
Next Up: Editor's Pick