While the Gonzaga Bulldogs may have advanced to the Sweet 16 for the fifth consecutive year this March Madness, they’re still facing a challenge from late night funny man Jimmy Kimmel, who’s not entirely sure that Gonzaga exists.

Last week, Kimmel took to his show to share a theory that Gonzaga doesn’t actually exist, much to the indignation of Gonzaga’s many students and alumni, as well as pretty much all of Spokane, Washington.

Multiple news outlets defended Gonzaga’s existence and Gonzaga’s law school even made a video for Kimmel of an entire classroom of law students, the dean of the law school and Washington State’s attorney general swearing on a Bible that the school, the students and the students’ very real student loans were all real.

Kimmel, however, had his own rejoinder to Gonzaga’s impassioned case, with a visit with a seeming member of the Gonzaga administration: Chancellor Gonzo Aga. As might be expected, this “interview” undermines any claim to Gonzaga’s validity as an actual entity — leaving Kimmel and fans to rely on Gonzaga’s matchup against Florida State this Thursday to determine whether they actually exist.

Watch the hilarious clip below. 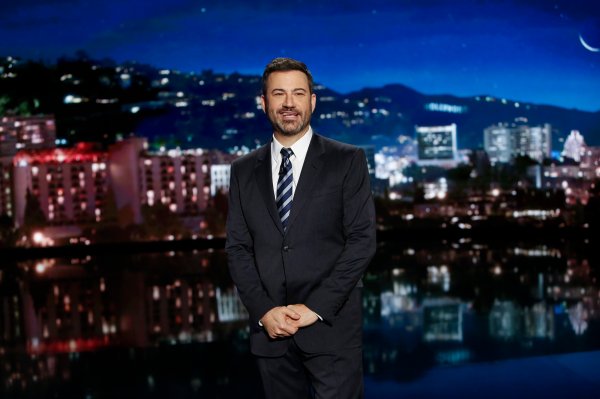 Jimmy Kimmel Has Questions for the Casual Best Man Who Fell Face First in That Wild Video
Next Up: Editor's Pick