The University of Georgia’s chapter of the Tau Kappa Epsilon fraternity was suspended after a video showing students using racist slurs and mocking slavery spread online.

At least four men appear in the video, which circulated widely on Twitter on Friday. Two versions of the video appeared online. In the longer one, which runs about 30 seconds, the video shows one man pretending to beat another person covered by a blanket lying down on a bed.

“Pick my cotton b-tch,” he says, miming whipping with a belt, as others in the room laugh.

“I’m not black,” replies the man under the blanket.

Offscreen, another man says, “You’re not using the right words.” Someone else says, “Wait, get a video of it.”

After a moment, the man with the belt strikes once more, saying, “Pick my cotton, n-gger.”

The rest of room breaks into loud laughter as the video ends.

Condemnation to the video was swift, as people demanded the students not get away with their actions.

Jere Morehead, the university’s president, said he was “disappointed and appalled” by the video’s content in a note to students, faculty and staff shared with TIME.

“I know this matter has caused great pain and anguish within our university community,” Morehead wrote. “This incident does not reflect the culture of unity and inclusion which we support on our campus.”

Both the University of Georgia and Tau Kappa Epsilon took the first steps in disciplinary action in the days after the video emerged.

The University of Georgia’s Student Government Association issued a statement Friday saying its executive officers are “aware of a video circulating on social media that depicts individuals identified as members of a UGA Greek organization using racist language and engaging in behaviors that mock the suffering of enslaved peoples.”

“We have been notified that the chapter is currently suspended, and we can confirm that there is an investigation underway regarding the students involved in the video,” the statement read.

The Red and Black, an independent newspaper which covers the University of Georgia, reported that the national Tau Kappa Epsilon organization suspended the local chapter on March 22.

The national chapter of Tau Kappa Epsilon said in a statement that the four men who appeared in the video were expelled from the university’s chapter following an investigation into their actions.

“Our investigation showed this was a non-TKE function and did not take place on any chapter premises,” the fraternity said. “These four individuals acted outside the expectations of our membership and their chapter and therefore were removed from both.” 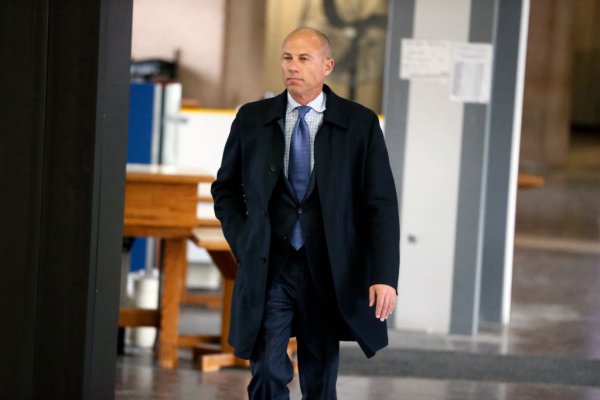 Michael Avenatti Charged with Extortion and Fraud
Next Up: Editor's Pick