Another Parkland Student Has Died by Apparent Suicide

School crossing guard Wenday Behrend of Parkland lights a candle at the memorial garden outside of Marjory Stoneman Douglas High School Thursday, Feb. 14, 2019 in Parkland, Fla., on the one year anniversary of the shooting at the school.
Joe Cavaretta—Sun Sentinel/TNS/Getty Images
By Alejandro de la Garza

Another student of Marjory Stoneman Douglas High School in Parkland, Fla., has died by apparent suicide, police have confirmed. The death comes a week after Sydney Aiello, 19, a survivor of last year’s mass shooting, took her own life.

Coral Springs Police confirmed that the most recent death was an “apparent suicide,” though they have not yet released details of the student’s identity, other than the fact that he or she was a currently enrolled student at Parkland’s Marjory Stoneman Douglas High School.

Police have not confirmed if the deceased student was enrolled at the high school last year when it became the scene of a horrific mass shooting that claimed 17 lives. They have also not confirmed the cause of death.

The death closely follows Aiello’s suicide, a recent graduate of Marjory Stoneman Douglas. Aiello died last Sunday, according to a GoFundMe page set up to help the family with funeral expenses.

Aiello’s mother told CBS Miami her daughter suffered from survivor’s guilt following the Feb. 14, 2018 massacre and had difficulty taking college classes because she was afraid to be in a classroom.

David Hogg, a survivor of last years shootings and a vocal anti-gun advocate, mourned the death of a second Parkland student on Twitter. “How many more kids have to be taken from us as a result of suicide for the government / school district to do anything?” the 18-year-old wrote.

Hillary Clinton offered her own take on the tragedy online. “Nothing is worth the tremendous costs our young people bear because of our inaction on guns,” she tweeted. 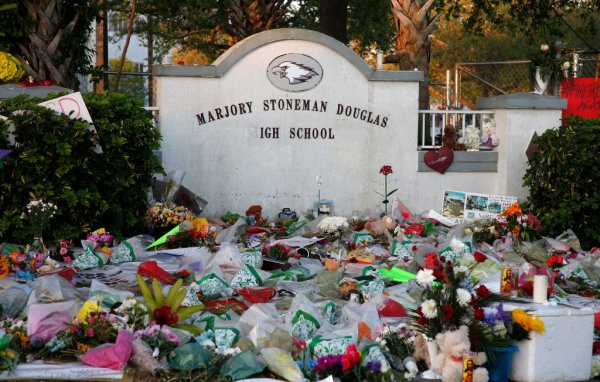 Parkland Survivor Sydney Aiello Takes Her Own Life
Next Up: Editor's Pick