More than 4.18 million people have signed an online petition urging the U.K. government to cancel Brexit, the most names collected in a public campaign.

“The rate of signing is the highest the site has ever had to deal with,” the House of Commons petitions committee said on Twitter as the petition went online. “Between 80,000 and 100,000 people have been simultaneously viewing the petition,” it said, “nearly 2,000 signatures are being completed every minute.”

The previous record for an online petition was 4.15 million names in 2016 on a proposal to hold a second Brexit referendum, according to the Parliament website.

The current petition drive passed 1 million shortly before 3 p.m. London time Thursday after the link to the petition went viral on social media platforms including Facebook and Twitter. It passed 2 million less than eight hours later.

“The government repeatedly claims exiting the EU is ‘the will of the people,”’ the text of the petition says. “We need to put a stop to this claim by proving the strength of public support now, for remaining in the EU.”

Any petition exceeding 100,000 signatures is eligible for debate by Parliament. It’s then up to a special Petitions Committee of rank-and-file lawmakers to decide whether one should be held.

“I’ve signed. And it looks like every sane person in the country is signing too,” Grant wrote on Twitter. “National emergency. Revoke Article 50 and remain in the EU.”

May’s office made clear that she has no intention of revoking Article 50 and keeping Britain in the EU. 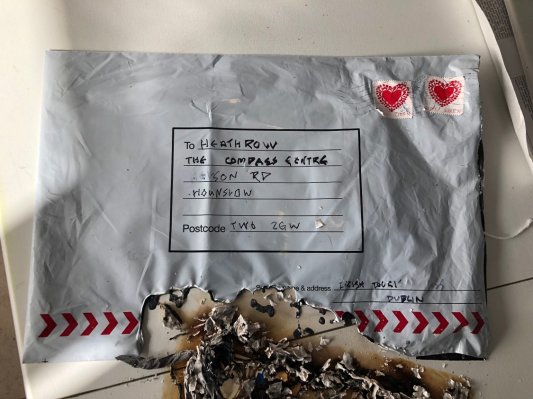 Group Calling Itself 'the IRA' Claims Responsibility for Letter Bombs Sent to the U.K.
Next Up: Editor's Pick