Special Counsel Robert Mueller on Friday delivered a long-awaited report to the Department of Justice about his investigation into whether the Trump campaign coordinated with the Russian government during the 2016 presidential election, marking the conclusion of a two-year probe that has drawn the President’s ire.

“The Special Counsel has submitted to me today a ‘confidential report explaining the prosecution or declination decisions’ he has reached,” U.S. Attorney General William Barr said in a letter delivered to top officials on the Senate and House judiciary committees on Friday. “I am reviewing the report and anticipate that I may be in a position to advise you of the Special Counsel’s principal conclusions as soon as this weekend.”

What comes after the Mueller report?

Per Justice Department rules, it is now up to Barr to decide how much of the report to release to the public and whether to pursue prosecution or other punitive measures based on the report’s findings — decisions that are likely to result in a public fight between Republicans and Democrats. Barr said Friday that he is “committed to as much transparency as possible.”

Mueller — who has already charged 34 people and three Russian companies with crimes in connection with the probe — is not recommending any further indictments, according to the Associated Press.

“I intend to consult with Deputy Attorney General Rosenstein and Special Counsel Mueller to determine what other information from the report can be released to Congress and the public consistent with the law, including the Special Counsel regulations, and the Department’s long-standing practices and policies,” Barr said in his letter to Congress.

What has the White House said about the report?

White House Press Secretary Sarah Sanders acknowledged Friday that the next steps are up to Barr. “We look forward to the process taking its course,” she said. “The White House has not received or been briefed on the Special Counsel’s report.”

President Donald Trump’s lawyer Rudy Giuliani said he wants his legal team to see the report before it is released to the public, the Associated Press reported.

Amid speculation that the report would be released soon, Trump had ramped up his criticism of the Mueller investigation this week, casting doubt on its findings and questioning Mueller’s decision to submit a written report at all.

“I think it’s ridiculous, but I want to see the report,” he said on Wednesday.

How have members of Congress responded?

“After nearly two years of investigation — accompanied by two years of unprecedented attacks on the integrity of the investigation by President Trump — the public and Congress are entitled to know what the Special Counsel has found,” they said in the statement.

“To be clear, if the Special Counsel has reason to believe that the President has engaged in criminal or other serious misconduct, then the Justice Department has an obligation not to conceal such information,” the statement said.

Other Democratic lawmakers, including Massachusetts Sen. Elizabeth Warren and Vermont Sen. Bernie Sanders, also called for the report to be released in full as soon as possible.

Republican Senate Majority Leader Mitch McConnell said Friday that he hopes the “report will help inform and improve our efforts to protect our democracy.”

“I am grateful we have an experienced and capable Attorney General in place to review the Special Counsel’s report. Attorney General Barr now needs the time to do that,” McConnell said in a statement. “The Attorney General has said he intends to provide as much information as possible. As I have said previously, I sincerely hope he will do so as soon as he can, and with as much openness and transparency as possible.” 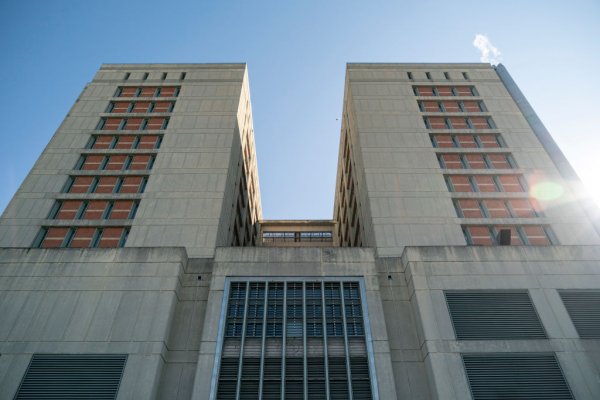