The Fight Over the Mueller Report Is Just Beginning. Here’s What Comes Next

Special Counsel Robert Mueller’s probe into Russian collusion in the 2016 election has crossed the finish line after nearly two years. But for Congress, the fight is just beginning.

Attorney General William Barr wrote a letter which was hand-delivered to the top officials on the judiciary committees in Congress Friday announcing that Mueller had submitted his report. Under current regulations, Barr is only required to relay a summary of the report’s contents to Congress — more specifically to the chairman and ranking members of the Judiciary committees in the Senate and the House of Representatives.

Barr noted in the letter, addressed to those members, that he “may be in a position to advise you of the Special Counsel’s principal conclusions as soon as this weekend.”

Although Barr stressed in his letter that he remains “committed to as much transparency as possible,” there is no requirement that he give Congress the full report. Congressional Democrats have made clear, however, that they expect nothing less than that. They also want access to any classified portions, so they can determine if they were properly done.

“Attorney General Barr must not give President Trump, his lawyers or his staff any ‘sneak preview’ of Special Counsel Mueller’s findings or evidence, and the White House must not be allowed to interfere in decisions about what parts of those findings or evidence are made public,” House Speaker Nancy Pelosi and Senate Minority Leader Chuck Schumer said in a joint statement after Barr’s letter was circulated.

Democrats have been saying for months that they will fight tooth and nail to get the report publicized. “We’re going do everything in our legal and legislative powers to compel them to release the documents” said one House Democratic leadership aide.

First though, they are are hoping that they don’t have to do that. The three months since the Democrats regained the majority in the House of Representatives have dovetailed with impending rumors that Mueller was nearing the end of the probe. They have used this newfound power to try to force Barr to voluntarily comply with their requests. On Feb. 22, six Democratic committee chairs with the broadest oversight powers wrote a letter to Barr requesting they receive the report “without delay and to the maximum extent permitted by law.”

Shortly after Friday’s announcement the chairs released a joint statement reiterating these sentiments.

It is long-standing policy in the Department of Justice that a sitting President cannot be indicted. Consequently, punitive measures for any possible crimes Trump committed that would be laid out in the report would fall to Congress. Signed by Oversight Chair Elijah Cummings, Foreign Affairs Chair Eliot Engel, Judiciary Chair Jerrold Nadler, Ways and Means Chair Richard Neal, Intelligence Chair Adam Schiff, and Financial Services Chair Maxine Waters, the letter uses this argument to highlight why it is so crucial Barr meet their demands.

Read More: Can a Sitting President Be Indicted?

“Congress could be the only institution currently situated to act on evidence of the President’s misconduct. To maintain that a sitting president cannot be indicted, and then to withhold evidence of wrongdoing from Congress because the President will not be charged, is to convert Department policy into the means for a cover-up,” the chairs wrote.

Less than three weeks later, the House unanimously passed a resolution calling for similar measures to the one laid out in the letter. While the resolution was non-binding, Democrats believe the fact that all but four Republicans voted for it will provide further ammunition to their argument to publicly release the report. (4 Republicans voted present). Polling is also in favor of this argument. A CNN poll from February found that nine in 10 Americans wanted the report to be public knowledge. Even President Trump, who continues to deride the probe as a “witch hunt” conceded something similar earlier this week

Of course, many Congressional Democrats have expressed skepticism this public pressure will persuade Barr to give them everything they want. “After watching Barr’s testimony during his confirmation hearing, I do not believe AG Barr intends to release the Mueller report in full to Congress,” said Rep Ted Lieu, a member of the judiciary committee.

There are several options if Democrats do not obtain the full report, although the full extent is not yet clear. Nadler, who chairs the judiciary committee, has told TIME that if it is not made public he will issue a subpoena it, and possibly even bring in Mueller to testify before the committee.

But for now, they are waiting on further information from Barr. Like the rest of the public, even some of the most powerful lawmakers in American are currently in a holding pattern.

The original version of this story misstated the length of the Mueller investigation. It was almost two years, not more than two years. 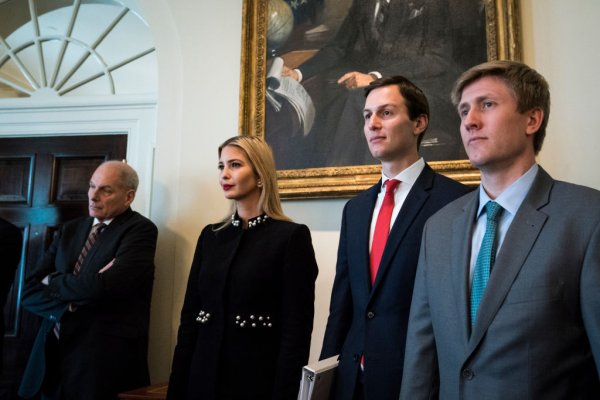