What Will Venezuela's Juan Guaidó Do Next?

It once seemed so encouraging for Venezuela‘s political opposition: Millions in the streets. Strong international support. An unpopular autocrat seemingly on the ropes. But what a difference a month can make.

In early March, Juan Guaidó — the man recognized by dozens of countries as Venezuela’s interim president returned home to cheering crowds. He had been abroad for almost two weeks, currying favor with other regional governments, and trying to get much–needed humanitarian aid to his countrymen.

But in the days since then, little has changed. Venezuelan President Nicolás Maduro remains in power, despite having overseen one of the most staggering economic collapses in modern history.

Guaidó’s overtures to the military to drop their support for Maduro have had little effect — only an estimated 1,000 soldiers and national police have defected, despite huge protests, growing sanctions pressure, and the whispered threat of US military action. The top brass remains loyal to Maduro.

In fact, after a few weeks of mostly ignoring Mr. Guaidó, Venezuelan authorities have quietly ratcheted up pressure of their own. Earlier this week, in a pre-dawn raid, the intelligence services detained Mr. Guaidó’s chief of staff at his home, raising the possibility that the government may be closing in on Mr. Guaidó himself.

With relatively few tangible gains to show recently, what is Guaidós plan? Is he open to US military intervention? What would a realistic transition look like?

He sat down to answer these very questions: 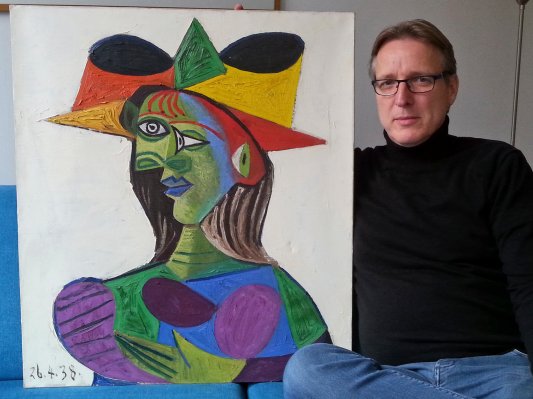