Please Enjoy the Memes While You Wait for the Mueller Report

People are killing time waiting for the Mueller report by making jokes.

Whether or not Special Counsel Robert Mueller is about to submit his long-anticipated report, people are keeping busy doing what they do best: making memes.

In the moments leading up to the public release of his investigation into whether President Donald Trump’s campaign worked with Russia to interfere in the 2016 election among other issues, people are dealing with the stress with humor.

Chances are, you’re aware there are expectations that the report will contain an onslaught of evidence, but until it’s Mueller time, at least we have the jokes rolling in at full force.

“I swear I hit save,” Emily Favreau tweeted with a photo of Mueller getting some technical support at an Apple store.

“What if the Mueller Report is just a comparison/contrast essay about regional BBQ styles?” comedian Todd Barry wondered. A fair question at this stage.

Below, see sampling of Mueller report memes to sustain you. 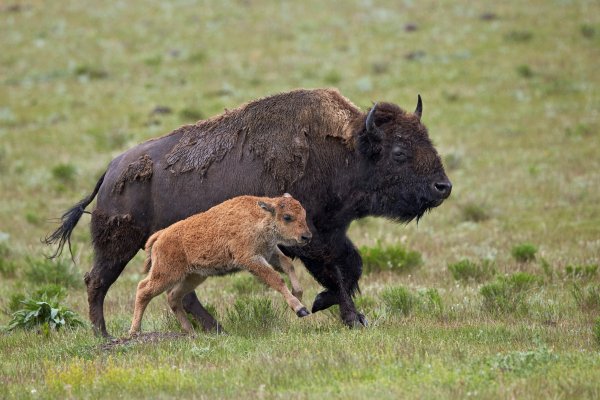 This Bison Doing a Happy Dance Is Pumped for Spring
Next Up: Editor's Pick