Ethiopian Airlines said the pilot flying the Boeing 737 MAX 8 that crashed earlier this month was properly trained, as it hit back at reports that he had not practiced on a flight simulator designed for the new plane.

Two reports — one from Reuters, and one from the New York Times — cited anonymous sources who said that Yared Getachew, the pilot who died along with all 157 people aboard Ethiopian Airlines Flight 302, had not practiced on a Boeing 737 MAX flight simulator to prepare for differences between the new plane and earlier 737 models. Ethiopian reportedly had the simulator since January. It is unclear whether the co-pilot had trained using the simulator, according to the reports.

But Ethiopian Airlines, which is regarded as one of Africa’s safest airlines, disputed those claims in a statement Thursday, saying its pilots had completed appropriate training, as recommended by the U.S. Federal Aviation Administration (FAA) and Boeing.

Additionally, the airline said that the 737 MAX flight simulator was not designed to include problems with the new plane’s automated systems, which are suspected of contributing to the crash.

“We urge all concerned to refrain from making such uninformed, incorrect, irresponsible and misleading statements during the period of the accident investigation,” the airline said in the statement. “International regulations require all stakeholders to wait patiently for the result of the investigation.”

The airline also expressed “disappointment” over the Times’ “wrong reporting.”

The Ethiopian crash has drawn international scrutiny because it is the second deadly crash of a Boeing 737 MAX 8, Boeing’s best-selling commercial airliner. The first crash involved a Lion Air flight in Indonesia in October. Some are questioning whether the plane’s automated Maneuvering Characteristics Augmentation System (MCAS), which is meant to prevent stalls, caused both crashes. Investigators said preliminary findings pointed to the automated system contributing to the Lion Air crash. Its role in the Ethiopian Airlines accident is still under investigation.

Ethiopian maintained in its statement that its pilots were familiar with warnings issued by the FAA following the Lion Air crash. It also said that the MAX 8 simulator is not designed to model the type of MCAS issues implicated in the crashes, seemingly suggesting that additional training would not have prevented the accident.

Representatives from Boeing did not immediately comment to TIME about whether the simulator includes MCAS issues, or address Ethiopian’s statement.

Boeing has, however, said that its MAX 8 planes are safe, and has said that pilots with experience on older 737 models — like Getachew, who reportedly had 8,000 hours flying 737s — should not need much training to fly the MAX models. Nonetheless, concerns over similarities between the two crashes, which both occurred shortly after takeoff, eventually led the FAA to ground all MAX 8 planes in the U.S., following similar moves by Canada and about 40 other countries. The FAA at first maintained that MAX 8 aircrafts were safe to fly.

The agency on Wednesday released a memo saying that Boeing was working to update its 737 MAX software and training, and that “ongoing review of this software installation and training is an agency priority, as will be the roll-out of any software, training, or other measures to operators of the 737 MAX.” 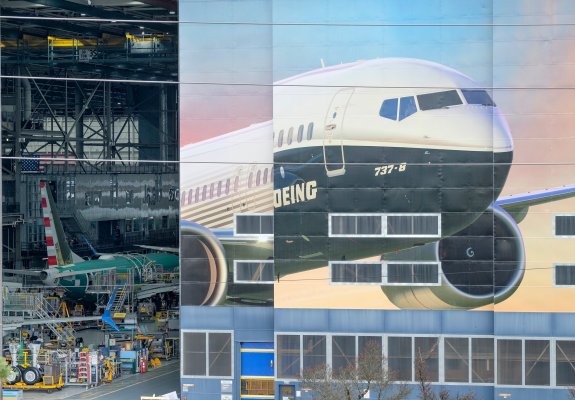 How the Deadly 737 Crashes Are Raising Major Questions About Boeing and the FAA's Safety Practices
Next Up: Editor's Pick