In his new book Doing Justice: A Prosecutor’s Thoughts on Crime, Punishment, and the Rule of Law, the former U.S. Attorney for the Southern District of New York reflects on his career in an office now investigating the President.

Your old office is handling multiple investigations into Donald Trump. Should that worry him more than Robert Mueller?

Yes. Unlike the special counsel’s office, the Southern District does not have any kind of circumscribed mandate. They are not limited to issues related to collusion or obstruction or interference with the election of 2016. They can look at everything. And that includes bank fraud, tax fraud, money laundering, you name it.

What can the public expect to see when Mueller’s investigation ends?

If the report is devastating to the President and there are people on earth who know, I don’t see how you keep that from the public. If it’s not so damaging, I assume [Attorney General] Bill Barr and others would rush to disclose it. The problem will be if it’s a mixed bag. Expectations are set so high. It’s almost going to be impossible to meet them unless there is a series of smoking guns.

Is impeachment a real threat to Trump’s presidency?

There is still some reluctance on the part of Democrats, all the way up to Nancy Pelosi, in pursuing the I word. Impeachment, people tend to forget, is only the making of an allegation. It’s not proving anything. The Senate as currently constituted is not going to end Donald Trump’s presidency.

Did the 2008 financial crisis contribute to the “system is rigged” political movement that helped elect Trump?

You didn’t bring criminal cases against major executives for crimes that contributed to the financial crisis. Do you regret that?

There was incredible frustration over the tanking of the economy. Everyone had every incentive to hold people accountable criminally. But you can’t just charge people because you’re angry. You can’t bring a case unless you have the law and the facts on your side. And nobody in those circumstances found that to be so.

You teach a class at New York University School of Law. What principles do you try to pass on to the next generation of lawyers?

Good judgment. Part of the point of the class is the same as the book, which is you can have great laws, but if the people who are responsible for enforcing or interpreting them are bad people, they can find a million ways to cause miscarriages of justice.

Now you host a podcast. What is your favorite part about podcasting vs. prosecuting?

Was there anyone you were nervous to interview?

Jason Goldfarb, the only person who has come on the podcast that my office prosecuted. He committed insider-trading offenses. It felt strange and unsettling to sit across the table from somebody whose indictment bore my name and went to prison. We can forget, and we shouldn’t, that every defendant is a human being too.

Who is on the top of your wish list to interview?

I’ll give you his first name: Bruce.

Is there another Bruce? The highlight of my life [was when] he gave me a shout-out live at a concert. I almost fell off my chair. To this day, if I’m down, I’ll find the YouTube clip and play it and giggle like a child. 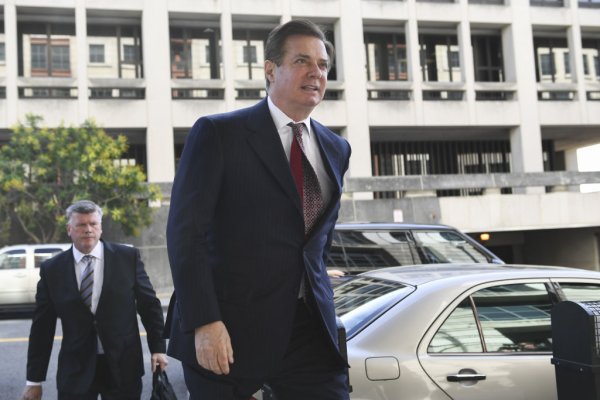