A Shortage of Women in China Has Led to the Trafficking of ‘Brides’ From Myanmar, Says a Report

Marip Lu, who claims she was kidnapped by traffickers and suffered six years of captivity, rape and abuse deep in China, sits in her family's shelter in a refugee camp in northern Kachin State, Myanmar on Mar. 21, 2018.
Esther Htusan—AP
By Amy Gunia

Authorities on both sides of the border have failed to stop the trafficking of hundreds of women from Myanmar to China, says a new report released by Human Rights Watch (HRW) on Thursday.

The 112-page report, titled Give Us a Baby and We’ll Let You Go: Trafficking of Kachin ‘Brides’ from Myanmar to China, documents anecdotal evidence from 37 victims of the trafficking trade who later escaped, and several families of trafficking victims. The women, originating from Myanmar’s northern Shan and Kachin States, were typically sold for between $3,000 to $13,000 after being lured across the border by the promise of good jobs.

Many of the victims testify to being locked up, raped and forced to bear the children of their captors.

The report’s author says that China’s now abolished one-child policy, which began in 1979, is a major cause of the current trafficking crisis because it created a gender imbalance in China. Forced to have only one child, Chinese parents often abandoned female babies or had sex-selective abortions in favor of males, leading to a shortfall in the female population of an estimated 30 to 40 million.

“We’re seeing now what the long-term consequences are and one of those is the struggle for Chinese men who want to get married and the way that’s created a market for trafficked women and girls,” Heather Barr, who is also the acting co-director of the women’s rights division at HRW, told TIME.

The problem has been exacerbated by financial desperation of women in Myanmar’s northern border region. Years of conflict between Myanmar’s government and those fighting for independence for the mostly Christian Kachin ethnic minority have left over 100,000 people internally displaced in the country’s northernmost states. It is reported that the country’s government has blocked humanitarian aid from getting to camps for internally displaced people. The report says that while displaced people may receive some food, it is “often not enough to avoid hunger.” One camp director told the NGO that each family might only receive two cups of rice per family per day, and employment opportunities are few and far between.

Read More: Inside the Kachin War Against Burma

While numbers are hard to pinpoint, the Myanmar government reported 226 cases of trafficking in 2017 while the Myanmar Department of Social Welfare says they assist between 100 to 200 women who return to Myanmar from China each year, according to HRW. But it is likely that the number of women being trafficked is much higher.

“The experts that we spoke to that are working with trafficking survivors all agreed that the number of cases is increasing, and that makes sense when you look at how desperate the situation is for people afflicted by the conflicts in Kachin and Northern Shan states and the pull factors created by the gender disparity in China,” Barr told TIME.

HRW says that law enforcement officials on both sides of the border make little effort to recover trafficking victims. The situation is also dire for women who escape. Chinese police often treat escapees as immigration offenders, says the report. If the women make it back to their home country, there is a lack of support and services for them. Many are ostracized from their communities.

While the study focused particularly on regions close to China’s border, Barr said that Myanmar is not the only at-risk country. “I do think that women and girls in Kachin and Northern Shan states are particularly vulnerable, but so are women fleeing North Korea. The vulnerabilities vary from one country to another, but these cases we’ve looked at are the tip of an iceberg,” Barr said.

Both China and Myanmar are listed in the lowest tier for their lack of efforts to stop human trafficking in the U.S. State Department’s 2018 Trafficking in Persons Report. 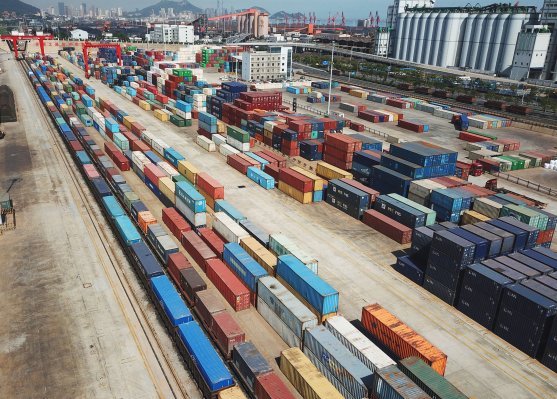 China Welcomes Italy Into Its Sphere Of Influence, Unnerving the E.U. and U.S.
Next Up: Editor's Pick