USC Just Named a New President. Here's What She Said About the Admissions Scandal

As the University of Southern California (USC) grapples with the fallout from a sweeping college admissions scandal, officials announced the appointment of a new president who vowed to bring lasting change to a campus that has been plagued by controversy.

Carol Folt, who stepped down in January as chancellor of the University of North Carolina at Chapel Hill (UNC), will take over as USC president on July 1, becoming the first permanent female president at the school.

On Wednesday, Folt acknowledged the problems facing the university as “a moment of responsibility and opportunity.”

“We’ll handle the challenges that face us today. We have to, and it’s our responsibility,” Folt said at a press conference. “Sometimes, when you have challenges, you are in the best position to make change. I haven’t heard any voice of complacency since I’ve been here. No one is saying, ‘Everything’s perfect. Don’t tell us we have to change.'”

USC was one of several schools named in last week’s indictment of wealthy parents who are accused of bribing athletic coaches and facilitating cheating on standardized tests to get their children into elite colleges, including Georgetown, Yale, Stanford and USC.

Several students — including the daughters of Fuller House star Lori Laughlin — were admitted to USC under false pretenses, according to the indictment. USC has said six applicants in the current admissions cycle who were linked to the scheme will be rejected, and some current students have been prevented from enrolling in classes while the university reviews their cases.

“We have to dig deep, and it won’t just be USC. This is going to be all our universities, and I think, especially when you get down to admissions, trust is so important. Everybody wants to believe that we are doing the right thing for bringing people to our universities,” Folt said. “The important thing isn’t to run from that. It’s to embrace that problem straight-on.”

“I am not afraid about taking on challenges,” she said.

Interim President Wanda Austin has led the university since C.L. Max Nikias stepped down in August amid criticism over the handling of allegations that former campus gynecologist Dr. George Tyndall abused and harassed student patients.

“We have worked hard to try to turn a corner, to make a change,” Rick Caruso, chair of the USC Board of Trustees, said at Wednesday’s press conference. “Today firmly cements the fact that there is a dramatic cultural change at this university.”

When Folt arrived at UNC in 2013, she inherited the aftermath of an academic fraud scandal that involved student-athletes being enrolled in irregular, no-show classes to keep them eligible to play. The end of her tenure was characterized by controversy over a confederate statue on campus, which was torn down by student protesters last year.

When Folt stepped down in January, she ordered that the statue be removed from campus — a decision opposed by some on the UNC Board of Governors, which made her departure from the university more abrupt. 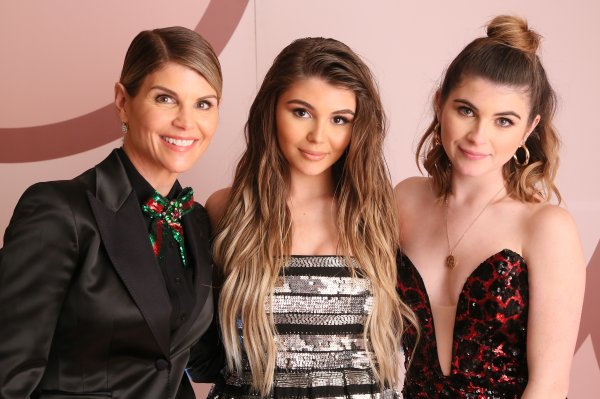 What Could Happen to Students in Admissions Scheme
Next Up: Editor's Pick