An ice cream maker chopped his way into internet stardom with his showy ice cream preparation “for all the beautiful ladies out there.”

“Today’s International Women’s Day so this ice cream is for all those beautiful ladies out there,” he tantalizingly told the camera earlier this month in a video that has since gone viral.

“Ice cream makes you sexy,” he added as he got crafty.

After the video of him chopping it up at a British kiosk enthralled viewers on TikTok, nearly 14 million people viewed the showy preparation of the Nutella and the Oreo mix-ins on Twitter.

While his fans were into the way he chopped it up, his detractors were cringing about the seductive approach.

And just like that, he became an internet celebrity.

The man now known for his handcrafted ice cream-making technique is Pan-n-Ice cofounder Rob Huysinga, who masterminded the video sensation.

Regrets? After it the video spread, he had a few.

“Upon reflection, with this particular video I have allowed myself to be misinterpreted and misconstrued. The eccentric manner upon which I make the ice cream, right through to the introduction; the whole thing has been completely blown up and taken out of context,” he told Metro after the surge.

He added that his approach has a point. “I initially started producing the videos of me hand crafting our ice rolls because I found that whenever I worked in any of our parlours, whenever I would be doing tricks and flicks, it would create a vibrant environment,” he explained.

But anyone can achieve redemption in the hearts of the internet. After all, is a man’s good name judged only on a two-minute video when it comes to questionable dessert technique?

“What I find frustrating with today’s age is how the other videos of me having fun with customers or me in children’s hospitals never fully surface in a way this one has,” he said.

His point was not lost on the internet, where many had a change of heart after witnessing his business’s charitable efforts.

People were happy to discover the interactions, which were decidedly different.

What a month, ice cream man. 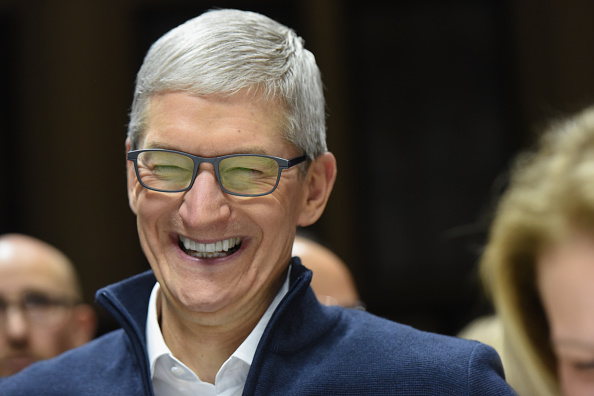 Tim Cook Is the Ultimate Meme Muse With This Drawing of AirPods
Next Up: Editor's Pick