The world-famed Dionne Quintuplets in 1938 when they were 4 years old.
Bettmann/Getty Images
By Shelley Wood

Nearly 85 years ago, at the height of the Great Depression, the Dionne Quintuplets, born two months premature in a tiny farmhouse in Northern Ontario, amazed, then charmed, an international audience. Long before fertility drugs and in vitro fertilization, the odds of naturally occurring identical quintuplets surviving to birth is estimated at one in 57 million. But survive they did, producing a generation of well-wishers who celebrated their every milestone.

In time, those fans came to associate the quintuplets with a range of products that purportedly played a role in helping them survive, then thrive. Before the age of 2, Annette, Cécile, Marie, Yvonne and Émilie Dionne, collectively, were the cherubic face of Quaker Oats (World Watches Dionne Quins Race to Gain Weight!) Lysol Disinfectant, Libby’s Homogenized Baby Food (A Head Start in Health!) and many other brands. In 1937, the same year their photo would grace the May 31 cover of TIME magazine, their names would become synonymous with Palmolive Soap and Colgate Dental Cream. Over the course of their childhood, Karo Corn Syrup (The food-energy sugar!), Five Flavor Life Savers and Baby Ruth Chocolate bars were also marketed in the name of the quintuplets. That’s despite the fact that the sisters themselves — whose every mood, outburst, intake and bowel movement were meticulously recorded for the sake of “science” — were forbidden from eating sugar.

Today, thanks to savvy parents, “kidfluencers” with loyal followers on Instagram and YouTube can earn tens of thousands of dollars for the products peppering their social feeds long before they can spell the names of the products they’re shilling. Back in the 1930s, however, it was the Ontario government that propelled the Dionne quintuplets into the spotlight after taking custody of the girls in the first few days of their lives on the grounds that the parents had neither the knowledge nor finances to keep the frail babies alive. It would be nine years before the girls, who grew up in a “nursery” where tourists flocked to come and watch them play, would finally be returned to live with their family. Country doctor Allan Roy Dafoe was their chief overseer during the “Quintland” years, himself regularly appearing in magazine ads, authoring a “Guidebook for Mothers,” and writing a weekly advice column on “The Quintuplets and the Care of Your Children.” At the time of his death, Dafoe’s personal fortune — believed to have been amassed principally from his cut of product endorsements and Dionne movie deals — was more than CAD $180,000, roughly equivalent to $2.5 million in today’s dollars. The Dionne parents, meanwhile, opened a souvenir shop and received a monthly payment from the revenues their famous daughters were unwittingly bringing in.

The pitfalls and payoffs of advertising directly to children have consumed psychologists, pediatricians, marketers and anxious parents for the better part of a century, but the ethics of using children and babies for product endorsement has received much less attention.

In 1996, researchers at the University of Akron, Ohio, reviewed 36 year’s worth of advertisements in three of the biggest U.S. magazines, looking at trends in the use of children in promotional materials. During the period studied, 1953 to 1988, the researchers found that 2,000 out of 30,000 (6.6%) advertisements contained children. Moreover, the use of preschool-age children, as compared with school-age children and infants, increased over the study period.

Because, indeed, who better to advertise products to children than other tikes and toddlers? There are laws and advertising standards in place to protect children from the types of targeted promotional material that can be delivered during kiddie TV shows or in magazines for children, as well as labor laws ensuring protections for minors performing on screen, television and radio. But the bulk of the public debate over kids and marketing has been focused on the former, not the latter, with parents typically making the decision to get their kids endorsement deals long before the children themselves are aware of what they’re doing. A flurry of research in the 1980s suggested that it is not until the age of 8 that children start to clue in to the notion of “selling intent” and not until age 11 that they fully grasp the concept. The Dionne girls, however, were used in advertisements long before they had any exposure to the wider world — indeed, after being moved from their birthplace to the purpose-built “nursery” as infants, they never set foot beyond the gates until they were almost 5 years old.

Plenty of other celebrities, from Shirley Temple to Britney Spears, got their start in advertising, says advertising expert Terry O’Reilly, host of the award-winning radio show Under The Influence. But it’s not clear whether that early fame in advertising helps or harms the unwitting child stars, O’Reilly says: “In my experience as a director, there were many parents who had acting aspirations for their children: sometimes it was healthy and fun, and other times we would see parents who were simply driven to get their kids on camera.”

For the Dionne sisters, of course, it was their sameness that fascinated the world and drove the outpouring of interest in using their sweet, identical faces for product endorsements. Advertisers the world over have long known the power of using multiples to sell everything from Wrigley’s Doublemint gum (Double the Flavor, Double the Fun!) to Toni Home Permanents (Which Twin has the Toni?). Back in the 1930s, the liberal licensing of the Dionne names and images for product endorsements was justified by their guardians because of the capital expenses required to maintain first their fragile health, then their bizarre fishbowl existence, then to protect them from the dangers their own celebrity would surely bring them. How ironic that the glossy advertisements and newsreel footage, justified as a necessary means safeguarding their future privacy, were also the very things that helped ensure a private life would be all but impossible.

In 1937, when the girls were 3, the Canadian Government passed the Act for the Protection of the Dionne Quintuplets, ostensibly limiting the range of products the young quintuplets could endorse (a list which, according to biographer Ellie Tesher, included things like eyebrow pencils). But that same Act also included controls on the use of the words quintuplets, quints, quins or cinq jumelles (the French term), which insured that the government would collect a payment when the terms were employed.

In the Dec. 1, 1997, issue of TIME, the three surviving quintuplets — Annette, Cécile and Yvonne, by then in their 60s — published an open letter to the parents of the McCaughey septuplets, born earlier that year. The letter was a reminder that their lives “had been ruined by the exploitation we suffered,” urging the parents to raise their children in a normal environment. “We hope your children receive more respect than we did,” they wrote. “Their fate should be no different from that of other children. Multiple births should not be confused with entertainment, nor should they be an opportunity to sell products.”

Shelley Wood is a journalist and the author of the historical novel The Quintland Sisters, available now. 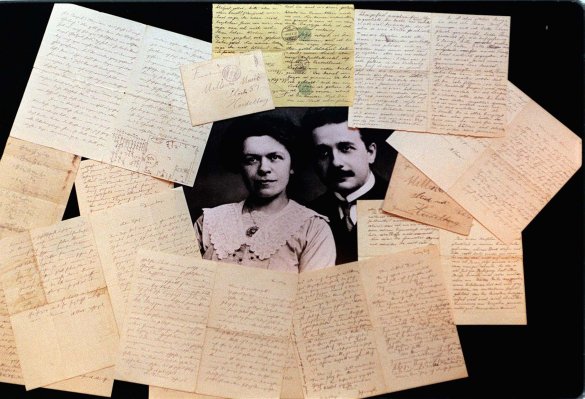 Does Einstein’s First Wife Deserve Some Credit for His Work? That’s the Wrong Question to Ask
Next Up: Editor's Pick