A 3,000-Year-Old Tablet Likely Looted During the Iraq War Is Being Returned by the U.K.

A 3,000-year-old stone tablet looted during the Iraq War is seen at the British Museum in London on March 19, 2019.
Tolga Akmen—AFP/Getty Images
By Hillary Leung

A 3,000-year-old stone tablet from Babylonia is being flown home after experts in the U.K. verified its provenance and determined that it was likely looted during the Iraq War, Agence France-Presse reports.

The tablet was handed over to Iraqi Ambassador Salih Husain Ali during a ceremony Tuesday, putting an end to years of legal work following an initial discovery at London’s Heathrow Airport in 2012.

The tablet, known as a kudurru, records the gifting of land by the Babylonian king Nebuchadnezzar I to one of his subjects, curator Jonathan Taylor told AFP.

The erosion of the stone’s surface makes it hard for historians to glean much more, however.

“The basic identification is quite straightforward,” Taylor said. “More difficult is tying down exactly who the king is and what the circumstances are, for that we need to read the inscription and it’s quite worn.”

“There’s a lot of damage in the middle of the text,” he added, referring to the carvings on one side of the stone. Depictions of two Babylonian gods, Enlil and Marduk, are on the other.

The object supposedly carried “terrible curses” for anyone who tried to claim the territory or destroy the tablet.

It’s unclear how the tablet was taken out of Iraq, but according to Michael Ellis, Britain’s Minister for Arts, Heritage and Tourism, it was likely stolen about 15 years ago from Nippur, now in central Iraq, during the start of the Iraq War.

“It’s more than just a carved stone,” Ellis said. “It is a testament to the remarkable history of the Republic of Iraq.” 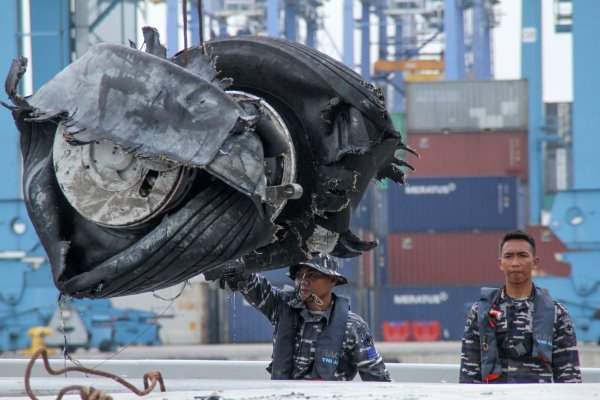 Off-Duty Pilot Reportedly Saved Doomed 737 on Its Next-to-Last Flight
Next Up: Editor's Pick