Actor Brad Pitt driving a vintage Volkswagen while filming "Once Upon A Time In Hollywood" on Hollywood Boulevard on October 22, 2018 in Los Angeles, California.
Stephen Albanese—Getty Images
By Ashley Hoffman

Put Leonardo DiCaprio and Brad Pitt in throwback threads together and it will make for easy meme-ing.

Monday morning was especially happy for pop culture fans thanks to the teaser poster dropped to hype up fans in the months leading up to Quentin Tarantino’s highly anticipated flick starring Pitt and human meme machine DiCaprio.

In Once Upon a Time in Hollywood, Pitt and DiCaprio play two buddies striving for greatness in 1969 Los Angeles. DiCaprio plays Rick Dalton a former (operative word, former) star of a western TV show, while Pitt plays his trusty longtime stunt double, Cliff Booth. For the image, the two throwback heartthrobs struck poses next to a car against a sun-saturated vintage Hollywood backdrop. Confidence is oozed.

Clearly, this dynamic duo is already onto something because the remixes popping up from people feel both humorous and reverent.

The format caught on as the takes rolled in at full force across Twitter, with cutouts galore.

Few actors can challenge Leonardo DiCaprio as meme inspiration. He’s among our most Photoshop-friendly celebrities. See exhibits A-Z — from him playing with a water gun or raising a glass in The Great Gatsby — which all served to cement DiCaprio’s status as one of the most highly meme-able stars of our time.

The movie stars a murderer’s row of talent including Margot Robbie as Sharon Tate —Charlie Mason’s infamous victim — as well as Al Pacino, Dakota Fanning, and the late Luke Perry. It’s due to hit theaters in July.

The internet did not wait to come up with a more iconic duo. From Weekend at Bernie’s to Dude, Where’s My Car? here are the best transformations of the Once Upon a Time in Hollywood poster. 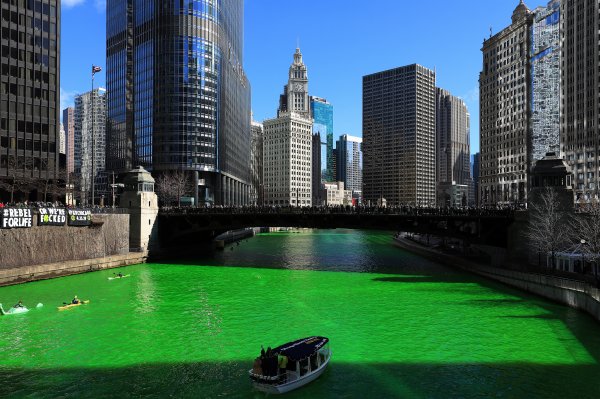