It was always going to be a special broadcast: Sky News presenter Anna Botting took a mini-submarine hundreds of feet down into the Indian Ocean to broadcast live from below the sea, alongside pilot Randy Holt, in the first live report from beneath the waves.

But the pair’s historic broadcast was made even more interesting by the marine life that approached their vessel as they explored the are of Aldabra, a coral atoll southwest of the Seychelles. At one point, a shark could be seen casually cruising by the submarine, interrupting Botting’s reading of the news.

“Oh, shark, shark!” you can hear her say. “Wow… Amazing!” Then, like the professional she is, she returned to her regular reports.

Sky News is intending to continue their underwater broadcasts for three days in what they’re calling “Deep Ocean Life,” bringing the marine world right into viewers’ living rooms in partnership with the Seychelles government and ocean research institute Nekton. The area they are exploring and broadcasting from is part of a marine conservation zone, and the submarines will go as far as 1,000 feet down.

One of the goals of the program is to draw attention to ocean health, which is under siege globally thanks to challenges including plastic pollution and climate change. And while spotting the shark may have been a surprise, it’s also a good sign: as primary predators, sharks keep ocean ecosystems in balance, but they have been under threat from fishing.

More than 100 million sharks are believed to be killed each year, with some shark species populations decreasing by 60% or more. 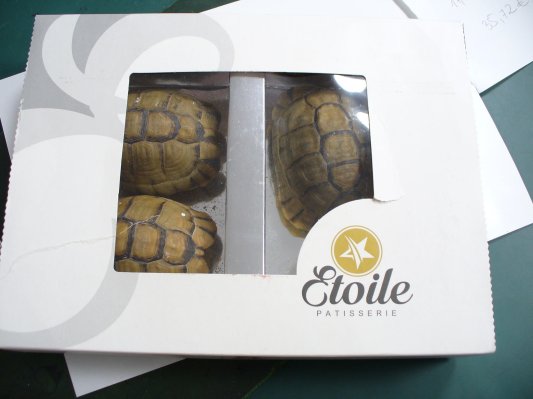 Man Tries to Disguise Tortoises as Cakes in Airport
Next Up: Editor's Pick