Why So Many People Are Fascinated by My Blended Family

A neighbor once spent an entire neighborhood night out trying to figure out our family. Question by question, he attempted to piece together the six of us in a way he could understand. Finally he just came out and said it:

“So, which one are yours and which ones are your husband’s?”

According to the Pew Research Center, there is no longer one dominant family structure in the U.S. The average family is built and rebuilt from all kinds of places, and only 46% of kids are living with two parents who are in their first marriage. In that sense, my family is painfully average. But despite what the numbers say, our society’s perception of what’s normal hasn’t caught up with the reality.

It is true that the particular configuration of my family is unique. There’s nothing like telling a stranger that your first husband died of brain cancer when your son was nearly 2 and you have since married a father of two and had another baby to make your conversation partner suddenly feel his cell phone ringing in his pocket. Still, sometimes it feels like the six of us still provoke more questions than we should in 2019.

If I post about our family on Instagram, publicly you will see the hearts and comments. What you won’t see is the deluge of DMs from other parents wondering about our blended family: What do the big kids call you? What does Ralph call Matthew? What is your relationship with the big kids’ mom? I’m about to marry a dad, what do I do???

I want to be able to reply like the gentle narrator of a children’s cartoon and tell them that love makes a family, that the only thing that matters is what you feel, not what anyone says. But even after a few years of explaining my situation and growing comfortable with the questions, I admit I’m not immune to societal expectations. I am, for instance, still deeply conflicted about the last name I chose for our baby, and the fact that it is different from that of the other son I gave birth to. Was that okay? Is that okay? What should I say when strangers point out how obvious it is that Sophie and I are related, citing our similar noses and smiles, when in fact we have no biological link?

Part of this conflict is the inadequacy of language. What should Ralph call the man who isn’t his biological father and has also not adopted him? What should my husband’s biological kids call me? And what do I call them? I’m not a fan of the “step-” prefix, especially when describing kids. It feels like a passive-aggressive way to indicate that these members of your family didn’t quite make the cut: they’re just one step away from being the real deal. But if I leave it off, am I being somehow misleading? Or is it really no one else’s business anyway?

There’s nothing step about the way I parent or love our kids. I feed them and worry about them and love all of them so much that sometimes, standing in front of our house and waiting for our dog to pee in five-degree weather, I see them all inside and think, Wow, I could actually die of happiness at this moment. I don’t want them to think that they are loved by degree, based on who shares the most genetic code.

But they already know that.

When our youngest was born, Sophie had friends over to decorate Christmas cookies and play with the new baby.

“He’s your half-brother, right?” one of them asked, and Sophie’s head nearly popped off her neck.

“He’s my brother,” she corrected her friend, “I have three brothers.”

In preschool, Ralph was asked to draw a family portrait. The result was a group of six amoeba-like creatures, which his teacher carefully labeled: Mom, Dad, Dad, Brother, Sister, Brother. Ralph counts both the dad who died before he could get to know him and the dad who tucks him in at night. He counts his sister and brother from another mother just as much as he counts the brother he felt kicking in my tummy. Kids seem to naturally understand that love doesn’t require a hierarchy, that it’s possible to love more people without diluting your love for someone else.

All families are inherently complicated. If they weren’t, we’d have little in the way of daytime TV and Judge Judy would own only one or two multi-million-dollar homes. Families are complicated even if you are born as one of 2.5 kids of a heterosexual couple who remains married until they are parted by death. You could be born to terrible parents or grow up alongside terrible siblings. You could be the terrible child or terrible sibling. You could be closer to your uncle than to your father, or have cousins who feel more like your sisters than the girl who shared a bedroom growing up.

Whatever your last name or prefix, however you family was established or re-established over the years, whatever rubble you pulled from to build this life of yours, the bloodlines and labels on your family are not as important as the relationships within it.

But that probably would have been a lot to lay on my neighbor that night. 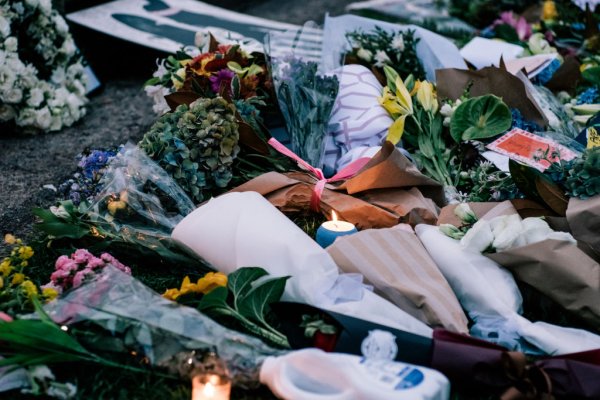 After Christchurch, Here's How We Can End Hate Speech and Islamophobia
Next Up: Editor's Pick