The Death Penalty Could Become a 2020 Issue. But Many Conservatives Disagree With Trump

A view of the death chamber from the witness room at the Southern Ohio Correctional Facility shows an electric chair and gurney August 29, 2001 in Lucasville, Ohio.
Mike Simons—Getty Images
By Abigail Abrams

Democratic presidential candidate Kamala Harris said on Thursday she wants to stop executions at the federal level, drawing further attention to the issue of capital punishment the same week that California Gov. Gavin Newsom announced a moratorium on the death penalty.

That will draw a stark contrast on the campaign trail with President Donald Trump, who once took out a full-page ad calling for the death penalty in a New York case, has repeatedly praised the use of executions in foreign countries and lamented Newsom’s moratorium.

But that doesn’t mean it’s only a Democratic idea. Opposition to the death penalty, once considered a liberal rallying cry, has become a bipartisan concern as a growing number of conservatives around the country have adopted it.

“It used to be a litmus test. It used to be everyone had to say they were for the death penalty in some shape or form after Michael Dukakis in 1998 tried to be against the death penalty and got slammed in his debate against George H.W. Bush,” said Carol Steiker, a Harvard law professor who has studied capital punishment. “Things have clearly changed in the 30 years since then.”

State actions provide another indication of the country’s changing views on capital punishment. The federal government has not executed anyone since 2003, and most executions happen in a small number of states.

In the last decade, 10 states have effectively stopped using the death penalty, through legislative action, court decisions, or by a governor imposing a moratorium, according to Steiker.

Capital punishment sentences have also dropped 90% from 315 people given the death penalty at a modern peak in 1996 to a low of 31 people sentenced to death in 2016, according to the Death Penalty Information Center’s year-end report. The number of executions carried out peaked at 98 in 1999 and dropped about 80% to 20 executions in 2016.

This is not just happening in liberal enclaves. Some of the biggest sentencing drops have occurred in states such as Texas, Oklahoma, Alabama and Louisiana, and many of the recent efforts to stop executions have come from conservative lawmakers and officials in other red states.

While Republicans have traditionally pushed “tough on crime” policies, a growing number have been questioning whether the death penalty aligns with that vision.

Hannah Cox grew up believing ardently that the death penalty was a moral punishment. Her father, a Southern Baptist minister, told her it was right, and so she agreed as she entered adult life. But everything changed when a national mental health organization asked her to help them push for an exclusion to the death penalty for people with severe mental illness.

She initially said no, but when the organization asked her to research the death penalty system, what she learned shook her belief. “I really was quite shocked when I started looking into the data around the system and how it was operating in practice,” Cox said.

Now, Cox is the national manager for a group called Conservatives Concerned About the Death Penalty. Since its founding in 2013, the group has served as a network for politicians and advocates who want to approach the death penalty question from a conservative perspective.

“You look at the principles of what make conservative values, and it’s limited government, fiscal responsibility, and protecting the sanctity of human life. The death penalty doesn’t meet any of those metrics,” Cox said.

Concerns about the death penalty

Research has shown that the death penalty, like the U.S. criminal justice system more broadly, is plagued by racial and economic disparities. There are also often long delays in trials and appeals, and not enough resources for public defenders in many places.

The rise of DNA testing in the 1990s brought a number of high profile exonerations and forced the public to grapple with the idea that innocent people may be wrongly sentenced to death row, says Frank Baumgartner, a political science professor at the University of North Carolina Chapel Hill and co-author of “The Decline of the Death Penalty and the Discovery of Innocence.”

“Nobody is in favor of executing the wrong people,” he notes. Democrats had been raising the alarm about racial bias and other issues with the death penalty, but then in the 2000s, Republicans began to have some of their key assumptions questioned.

“On the right there was this idea of it’s needed for deterrence and that it would be a surefire deterrent to murder. In fact we know that that’s not true,” Baumgartner said. “We now know that there’s no good evidence about deterrence. And it’s definitely not sure-fire. Very few people get sentenced to death compared to how many people commit first-degree murder. And of those who do get sentenced to death, only about less than 15% actually get executed, and when they do get executed, it’s decades later.”

Since the 1970s, 164 people on death row have now been exonerated. In more recent years, concerns with the drugs used for lethal injections in some states have also led people to question whether executions are humane and whether states are implementing the death penalty legally.

Cox says the innocence question, combined with conservatives’ natural skepticism of government involvement and efficacy, has been a key driver of conservative opposition to the death penalty. The desire to be consistent on pro-life views has also brought many people into her group’s movement, she says.

“People who feel strongly in their pro-life views feel that means being consistent in pro-life all the way from birth through death,” Cox said. “There’s a lot of conservative Christians who really feel that if you are a Christian and you believe God can save anybody at any point, then who are we to allow the government to come in and cut short the time that He can work in their lives?”

The other main issues conservatives have with the death penalty include the government’s involvement and the spending.

When California’s Newsom announced his moratorium on the death penalty this week, he pointed out that California has spent $5 billion on its death penalty system since 1978. In all that time, the state has executed 13 people, meaning each death cost the state nearly $400 million.

When Cox sees numbers like that, she thinks of all the ways that money could be spent to help prevent crime.

“We’ve been really tough on criminals but we’ve not been tough on crime. All that’s led to is recidivism, generational poverty, ongoing cycles of prison within families,” she said. “So I think there’s an awakening happening that makes people come together to say we have to change what we’re doing. This is not worth our money.”

Part of the explanation for changing views on the death penalty also relates to dropping crime rates, experts say.

“In the decades of rising crime, from the 1960s to roughly 1990, it was so powerful for Republican candidates, on the local, state and national stage, to basically beat Democrats around the head with tough on crime that the political salience of crime became such a great Republican rallying point that I think the libertarian wing just held its tongue,” said Harvard’s Steiker.

“Now there’s a sort of right on crime recognition,” she added. “Crime has been falling more or less for the last two decades. Crime no longer has the political salience that it did. It’s less powerful politically and [the death penalty’s] costs are so extreme, that libertarians and fiscal conservatives can say what they must have been thinking all along: that it’s just not worth it.”

Beyond politicians, religious leaders have embraced the less punitive angle on crime as well. Pope Francis declared last August that he believes the death penalty is wrong in all cases. And Cox notes that the Southern Baptist Convention has begun talking more about how to apply pro-life values to issues such as racial justice in the U.S.

Even people who still support the death penalty are less fervent about it now, said Phoebe Ellsworth, a law and psychology professor at University of Michigan who has studied the issue.

“It used to be that people who supported the death penalty would always check strongly agree or very much approve of it. Now, even the supporters are closer to the middle than they used to be. Those extreme values aren’t being endorsed anymore,” she says.

States have used this changing tide to pass changes restrictions on the death penalty in recent years. And Cox’s group has found that Republican participation in anti-death penalty efforts has shot up over the last decade.

The number of Republican lawmakers sponsoring death penalty repeal legislation at the state level increased from single digits in the early 2000s to 40 sponsors around the country in 2017, according to a report from Conservatives Concerned About the Death Penalty. The percentage of Republican sponsors for death penalty repeal legislation also increased, hitting 31% in 2017.

This can be seen in places like Nebraska, where the Republican-dominated state legislature voted to abolish the death penalty in 2015. The state’s governor since funded a referendum that undid the legislature’s change, but other states have followed in their footsteps by introducing legislation, often with bipartisan support.

A bill to repeal the death penalty recently passed the New Hampshire House with overwhelming support, including from Republicans.

And last month, Republican Ohio Gov. Mike DeWine issued a moratorium on executions there after a judge wrote that Ohio’s current method of lethal injection would subject a prisoner to “severe pain and needless suffering.” The governor did not put a time limit on his decision, but said no more executions would take place until the state finds a new method that judges decide is constitutional.

Capital punishment is unlikely to immediately become a hot-button national issue, in large part because individual states control most of the country’s executions. But experts say that these moves in state legislatures and people like Newsom or Harris speaking out can draw attention that helps push more places to change.

“How will this directly impact Texas or Alabama?” says Steiker. “It will do it by raising attention to the issues that are endemic all over the country.”

The original version of this story misstated which state legislature voted to abolish the death penalty in 2015. It was Nebraska’s, not Nevada’s. 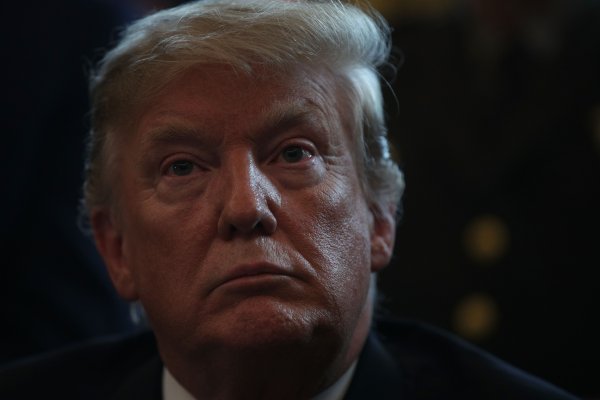