President Donald Trump listens during an event on border security in the Oval Office of the White House on March 15, 2019 in Washington, D.C.
Alex Wong/Getty Images
By Katie Reilly

President Donald Trump on Friday downplayed the global threat of white nationalism, as other world leaders condemned far-right extremism and racism in the wake of a devastating mass shooting at two mosques in Christchurch, New Zealand that left at least 49 people dead.

“I don’t really,” Trump said in the Oval Office when asked if he saw white nationalism as a rising threat around the world, according to a pool report. “I think it’s a small group of people that have very, very serious problems, I guess. If you look what happened in New Zealand, perhaps that’s the case. I don’t know enough about it yet…But it’s certainly a terrible thing.”

Shortly thereafter, at a press conference Saturday morning, New Zealand Prime Minister Jacinda Ardern said she spoke with Trump over the phone about the attack. “He very much wished for his condolences to be passed on to New Zealand,” she said. “He asked what offer of support the United States could provide. My message was sympathy and love for all Muslim communities.”

“He acknowledged that and agreed,” she said.

Ardern said she did not discuss a reference to Trump that was included in the suspected gunman’s manifesto, which included anti-immigrant, white-supremacist rhetoric. A 28-year-old Australian citizen has been charged with murder in connection with the shooting.

“That was not discussed. He only conveyed his absolute horror and disdain for what had occurred here,” Ardern said. Asked if she agreed that white supremacy was “not really” a threat, Ardern said, “no.”

Trump has repeatedly faced criticism for failing to condemn white supremacy. In 2016, during his campaign for president, he initially refused to condemn the Ku Klux Klan or disavow an endorsement from former Klansman David Duke. In 2017, Trump said “both sides” were to blame after a neo-Nazi at a white supremacist rally in Charlottesville drove his car into a group of counter protests and killed a woman. In remarks that were widely condemned, Trump said there were “very fine people on both sides.”

But studies show that far-right extremism and white nationalism are becoming bigger problems around the world.

“Terrorism from far-right extremism in Europe has been on the rise since 2000, as groups and networks have radicalized because of such issues as refugees and asylum-seekers from Syria and other countries,” said a 2018 report by the Center for Strategic and International Studies

The Anti-Defamation League’s Center on Extremism has also tracked a “white supremacist resurgence” in the United States, calling 2018 “a particularly active year for right-wing extremist murders.”

White supremacists account for 54% of “domestic extremist-related murders in the past 10 years,” according to a recent ADL report.

“White supremacists have killed more people in recent years than any other type of domestic extremist,” the report stated.

And a report published last month by the Southern Poverty Law Center found that the number of hate groups across the U.S. rose to 1,020 in 2018. That figure represents a 20-year high and a 30% increase over the past four years.

“In the U.S., white supremacist anger reached a fever pitch last year as hysteria over losing a white-majority nation to demographic change — and a presumed lack of political will to stop it — engulfed the movement,” the center said in its report. 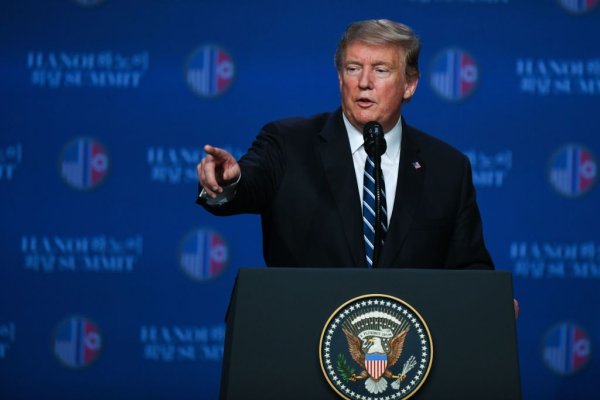 Support for Impeaching Trump Ticks Up in Latest Poll
Next Up: Editor's Pick