'Happens to the Best of Us.' Everyone Relates to Congresswoman Mary Gay Scanlon's Fashion Gaffe

Democratic Rep. Mary Gay Scanlon has been busy with her new role as a first-year congresswoman, something that she joked about on Twitter on Wednesday.

Scanlon took to her Twitter this week to share a photo of the hilarious moment when she realized she had been wearing two different shoes for the day. Alongside two photos of herself, where viewers can clearly see Scalon wearing both a navy blue flat dress shoe and a black flat dress shoe in the same style, Scanlon tweeted: “People ask me all the time about the pace of things in DC. It’s 4:04PM and I just noticed that I have gone an entire day with two different shoes on.”

Scanlon’s busy fashion mix-up was something the Internet found to be deeply relatable, with her tweet receiving over 28k likes and plenty of people who replied to the congresswoman’s post with sympathetic stories of their own footwear gaffes. 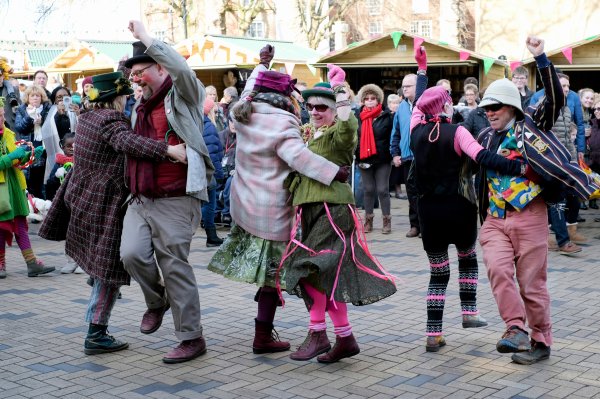 The Triangle Dance Challenge Has People Working as a Team
Next Up: Editor's Pick