'I Love My Tattoo.' Ben Affleck Is Not Done Defending His Elaborate Back Tattoo

As far as crazy Hollywood tattoos go, Ben Affleck‘s back tattoo of a phoenix is infamous. But he’s not giving up on defending it any time soon. The Argo star opened up about the tattoo on Thursday’s episode of The Ellen DeGeneres Show.

“I love my tattoo. I’m very happy with it,” Affleck told DeGeneres. “Luckily, I’m the one who has it.”

Since the ink’s debut dating back to 2015, when paparazzi caught a photo of the actor from behind on a beach, nobody’s been quite sure why the Argo star had such art on his body. People raised eyebrows again last year when photos of him in Hawaii surfaced online, again showing the ink.

“It’s meaningful to me, I like it,” Affleck said.

The phoenix rising above the ashes may represent his own experience after a public divorce from Jennifer Garner. Garner herself commented on the tattoo in a 2016 interview with Vanity Fair: “Am I the ashes in this scenario?” Affleck told Mario Lopez on Extra in 2016 that the tattoo was “fake,” and “for a role.”

But fans on Twitter breathed a sigh of relief at the actor’s honesty last year when he admitted to having the tattoo, in response to a New Yorker article that posited a deep sadness within Affleck’s deep sadness within him. “I’m doing just fine,” he wrote.

DeGeneres also spoke to Affleck about his charity work with his organization, the Eastern Congo Initiative.

Watch Ben Affleck on Ellen below. 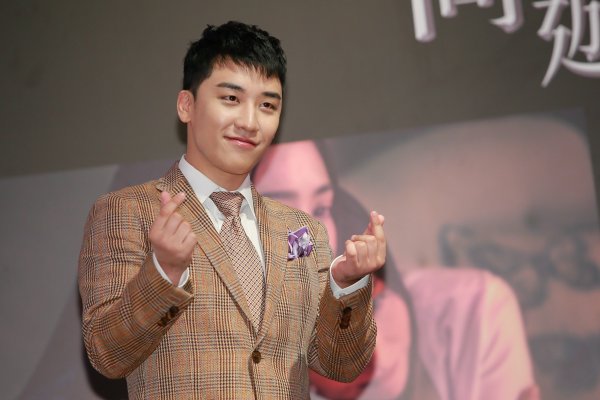 What to Know About the K-Pop Superstar Facing Charges
Next Up: Editor's Pick