Beto O'Rourke's Charismatic Dog Is Stealing All His Thunder

Texas politician Beto O’Rourke announced his intention to run for president in the 2020 election on Thursday morning, the roll-out of which included a very in-depth Vanity Fair cover story. However, his big news may have been overshadowed by the true star of the O’Rourke household: his dog, Artemis.

In the Annie Leibovitz-lensed shots of O’Rourke and his family, Artemis steals the show, showing herself to be an elegant and self-actualized pooch who might be the charismatic running partner that O’Rourke will need to give him an edge over the many, many other Democrats who have thrown their hats in the ring for the 2020 presidential election so far.

Artemis’ Vanity Fair debut was widely lauded on the Internet, where she was declared not only a very good girl, but the true star of the cover shoot, which honestly, is not far from the truth. Artemis became the talk of Twitter, where many widely wondered what she thought of O’Rourke’s decision to run.

See the best responses to Artemis online, below. 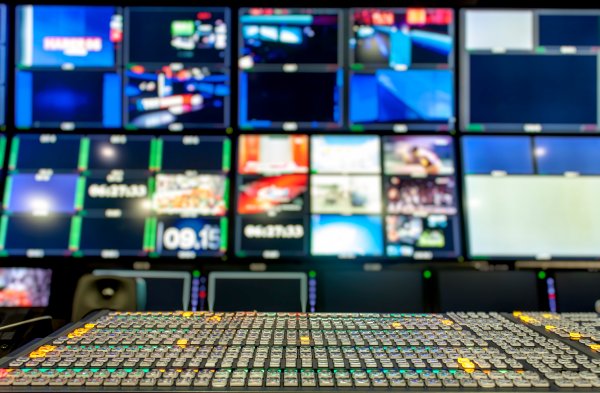 TV Reporters' Green Coats Provided the Ultimate Opportunity for a Prank
Next Up: Editor's Pick