Russians Rally Against Plans for an "Online Iron Curtain"

Russians protest against tightening state control over the internet in Moscow on March 10.
Shamil Zhumatov—Reuters
By Ciara Nugent

Chanting “Hands off the Internet” and “No to isolation,” thousands of Russians joined protests in Moscow and other cities on March 10 to denounce new legislation that would severely tighten state control of the Internet. Lawmakers say isolating Russia from the global Internet will protect the country’s networks, but critics accuse the Kremlin of trying to create what some are calling an “online Iron Curtain.”

In recent years, Vladimir Putin’s government has introduced a raft of measures curbing Russians’ online freedoms, including blocking the messaging app Telegram in 2018. In February, a digital-sovereignty bill took the first step toward becoming law; it’s expected to pass, banning Internet traffic from being routed through foreign servers and requiring it to pass through state-controlled infrastructure. Putin is also expected to sign off soon on two more laws to impose heavy fines on individuals and media outlets that publish “fake news” or material deemed “disrespectful” to authorities.

Last year, in the wake of revelations that Russian hackers tried to influence the 2016 elections, U.S. National Security Adviser John Bolton warned that Washington would respond “offensively as well as defensively” to foreign cyberattacks. The sovereignty bill specifically cites the “aggressive character” of U.S. policy and promises that by reducing Russia’s reliance on U.S. web infrastructure, the state will be able to keep the Internet running in the event of a cyberwar. Local media say a trial disconnect from foreign servers will take place by April.

Protesters say the reforms will give Putin an unprecedented ability to suppress criticism in a nation where offline forms of dissent like street protest are already tightly regulated. Many fear Russia’s social media and search engines will soon resemble China’s strictly censored Internet. The Internet has been a powerful tool for people around the world to challenge authoritarianism–but if other states follow Putin’s lead, observers worry, that era could be ending. 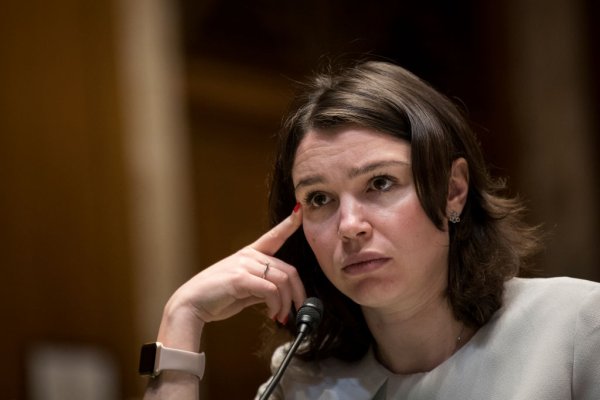 Four Years Ago, Putin Critic Boris Nemtsov Was Shot Dead in Moscow. His Daughter Is Still Seeking Justice
Next Up: Editor's Pick