Stories of people who are redeemed by animals are a dime a dozen, and that’s fine by me: Give me dozens! Even so, The Mustang, Laure de Clermont-Tonnerre’s debut feature, is one of the better ones. Matthias Schoenaerts plays Roman Coleman, an angry, withdrawn convict at Nevada’s Ely State Prison who’s assigned to work in a program training feral horses, readying them for auction. The program’s director–played by Bruce Dern, in fine ornery-old-coot mode–gives Roman a chance with a truly regal beast, a mustang with a silky-looking coat of golden brown dusted with powdery silver, who has no intention of being tamed. A fellow inmate and ace horse trainer, Henry (played by the always terrific Jason Mitchell), shows Roman the ropes and sees a glimpse of promise in his sullen eyes. Naturally, the horse–whom Roman names Marquis after seeing the name in a magazine article, though he pronounces it “Marcus”–takes longer to be convinced.

You can probably guess every beat of The Mustang ahead of time, but what does that matter? The picture, shot by Ruben Impens, is gorgeous to look at. The remote desert setting, with its molten-red sunsets and vistas of chalky mountains, looks like both the beginning and the end of the earth, starting and resting point at once.

But the film really belongs to Schoenaerts, a wonderful actor who doesn’t get big Hollywood roles, perhaps because no one knows quite what to do with him. Roman says little and thinks, a lot, before speaking; Schoenaerts lets us see how much the words cost him. His most natural language is spoken through his glance: there, we see wariness giving way to cautious trust. The same can be said of his four-legged co-star, whose sideways gaze also has its own rich vocabulary.

In one of the movie’s most stunning scenes, Roman and Marcus–after almost literally butting heads–reach a truce. Roman has given up on his stubborn charge and slumps to the ground in anger. Marcus nuzzles his way into the frame, handing over his trust with a few short puffs of breath, an equine blessing. It’s one of those moments that remind us we don’t deserve animals–and still, they stick by us, as if we were worthy of their love. 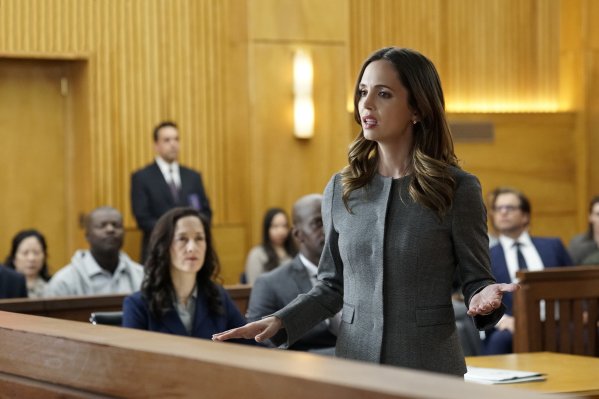 'We’re as Sick as Our Secrets.' How Eliza Dushku Is Taking Back the Power After Her #MeToo Story
Next Up: Editor's Pick