The Judge Who Sentenced Paul Manafort Rebuked Him for 'Lies'

The federal judge who sentenced Paul Manafort to more than three and a half additional years in prison on conspiracy charges did not hold back while addressing Donald Trump’s former campaign chairman in court Wednesday.

“It’s hard to overstate the number of lies and the amount of fraud and the extraordinary amount of money involved,” U.S. District Court Judge Amy Berman Jackson said before handing down Manafort’s sentence, which was related to his work in foreign lobbying and witness tampering.

The new sentence adds to the nearly four-year sentence Manafort received as part of a separate case last week in Virginia, bringing his prison sentence to seven and a half years in total.

In delivering the sentence, Jackson offered a scathing rebuke of Manafort, who was implicated in two criminal cases that stemmed from Special Counsel Robert Mueller’s probe into Russian interference in the 2016 election. Her comments were a sharp contrast from Judge T.S. Ellis’s assertion that Manafort “has lived an otherwise blameless life” when he sentenced him to four years in prison last Thursday — far lower than the 19- to 24-year term recommended under the sentencing guidelines.

Jackson is no stranger to headlines in recent weeks. She is also the judge presiding over Roger Stone’s case tied to Mueller investigation, and last month issued a gag order against Stone after he posted an Instagram photo of her in crosshairs. Stone later deleted the Instagram post and apologized, and Jackson warned Stone he shouldn’t treat his case like a “book tour.”

Jackson was similarly blunt during Wednesday’s hearing. After Manafort’s lawyer, Kevin Downing, suggested his client would not have been charged if not for Mueller’s investigation, Jackson replied, “saying ‘I’m sorry I got caught’ is not an inspiring plea for leniency.”

She added that the defense pointing out in a memo that the special counsel never charged Manafort with Russian collusion would have little impact on her sentencing, and that claiming “no collusion” is “simply a non-sequitur.” 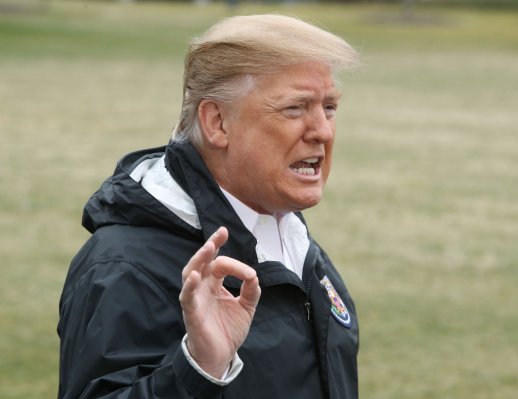