The Next Big Idea in the Democratic Primary: Expanding the Supreme Court?

When Antonin Scalia died, Senate Republicans held his seat open for a record 293 days under the argument that the successor should be chosen by the next president — hopefully, to their minds, a Republican. When Democrats responded by filibustering that nomination, the GOP majority voted to eliminate the old 60-vote rule on Supreme Court nominations.

Now some progressives think it’s time for Democrats to play a little hardball of their own.

An aggressive campaign is in the works to prod Democratic presidential candidates to back a proposal to add four judges to the nation’s highest court. The group, rather transparently calling itself Pack the Courts, wants the additional judges to undo the court’s current 5-4 conservative majority.

And while they’re at it, the group wants to expand the number of judges on lower federal courts, too.

“The Left isn’t nearly as enthusiastic about the Court as the Right is,” said Kate Kendell, who is leading the Pack the Courts campaign. “This is a bold and brash and provocative and critical strategy. Anything that helps to counter the feckless hand-wringing that so many in Democratic leadership have engaged in, I’m all for.”

While still on the periphery of the Democratic debate, the idea has already gained traction.

Former Attorney General Eric Holder said last week that the next Democratic president should “seriously” consider adding new seats to the court. At least two candidates have flirted with the idea. Sen. Kirsten Gillibrand of New York says she’s open to packing the court with reliably liberal justices. Mayor Pete Buttigieg of South Bend, Ind., wants to go a step further, making the Supreme Court a 15-person affair. (His plan, based on an article in the Yale Law Journal, calls on five justices appointed by each party, and another five named unanimously by the 10 appointed justices.)

Buttigieg argued that the dramatic proposal would actually help the court in the long run by defusing some of the recent drama over nominations.

“It takes the politics out of it a little bit, because we can’t go on like this where every time there’s a vacancy, there’s these games being played and then an apocalyptic ideological battle over who the appointee is going to be,” Buttigieg said during a recent visit to New Hampshire. “If we want to save that institution, I think we better be ready to tune it up as well.”

President Franklin Roosevelt pushed a court-packing plan during the Great Depression after a conservative court stymied some of his economic proposals. That plan was a non-starter in Congress, though some argue that it was successful in pushing the justices to reconsider their stalwart opposition to the New Deal.

From time to time, a similar suggestion to pack the courts has come back to the fore. For instance, in 2017, the co-founder of the conservative Federalist Society proposed a court-packing plan for Trump. That plan received scant embrace from Republicans and plenty of criticism. Appellate Judge William Pryor Jr., whom Trump has considered for the Supreme Court, argued in an opinion piece that “there is nothing conservative — or otherwise meritorious — about this proposal.”

Some progressives now worry that their plans for dramatic new policies such as a Green New Deal to fight climate change, various Medicare for All proposals to expand government-run health insurance or efforts to break up corporate monopolies might run into a brick wall at the Supreme Court, just as the Affordable Care Act faced court challenges from the Right under President Obama.

“Any one of these brilliant frontrunners can list a host of ideas and generate tremendous enthusiasm,” Pack the Court’s Kendell said. “What I want to hear is how you are going to implement those game-changing policy reforms” without the current Court rejecting them.

“Based on their history, they’re going to strike down all of those,” she added.

The only obstacles to the plan are political. The Constitution is silent on the size of the court, and it only takes an act of Congress to expand it. In 1789, Congress set the number at six justices. That number climbed to seven in 1807, and in 1837 went to nine. After jumping to 10 and shrinking to seven, it returned to nine justices in 1869, where it has remained since, barring the occasional vacancy.

Kendell and her team are deploying activists to 2020 Democratic candidate events to ask them about court-packing. For instance, when Buttigieg got the question in Philadelphia recently and got him started on a plan for judges, that was the work of one of Kendell’s partners. Holder’s endorsement of the idea, too, came from a Yale student who is part of a Pack the Court network of professors and students who plan to bird-dog candidates.

A former ACLU lawyer and chief of the National Center for Lesbian Rights, Kendell just hired a field director to coordinate volunteers to attend candidates’ town halls and rallies to ask the would-be-Presidents to support packing the court. Plans are forming for a candidate forum focused broadly on justice issues.

Pack the Courts won’t have a big budget, but even at this early stage they’ve raised $500,000.

No one is pretending this will be politically easy. The plan hinges on Democrats striking big in 2020. First, they’d have to win the White House, which could prove tricky against President Donald Trump; incumbency brings with it an inertia that’s hard to stop. At the same time, Democrats would need to hold their majority in the House and capture a majority in the Senate. Absent a Democratic super majority in the Senate, lawmakers would also have to limit the ability of colleagues to filibuster the move, which is part of Kendell’s package of other reforms.

Liberals think Trump’s two justices, Neil Gorsuch and Brett Kavanaugh, are illegitimate. Gorsuch, they argue, is in a seat that should have gone to Barack Obama’s 2016 nominee, Merrick Garland. (Senate Majority Leader Mitch McConnell declared the nomination in March too close to the November election that year.) And an accusation of an attempted sexual assault in high school — which he forcefully denied — soured many on the Left on Brett Kavanaugh’s confirmation. Neither judge reached 60 votes in the Senate, the standard before Republicans eliminated the filibuster.

Brian Fallon, a Democratic strategist who led the Left’s opposition to those two nominees through the group Demand Justice and former aide to Senate Democratic Leader Chuck Schumer, has come around on the idea of court packing as a valid response. “The Kavanaugh Court is a partisan operation,” Fallon said in announcing Demand Justice’s partnership with Pack the Court. “Democracy simply cannot function when stolen courts operate as political shills.”

If the idea picks up steam in the Democratic primary, the constitutional hardball over the Supreme Court will go into another inning. 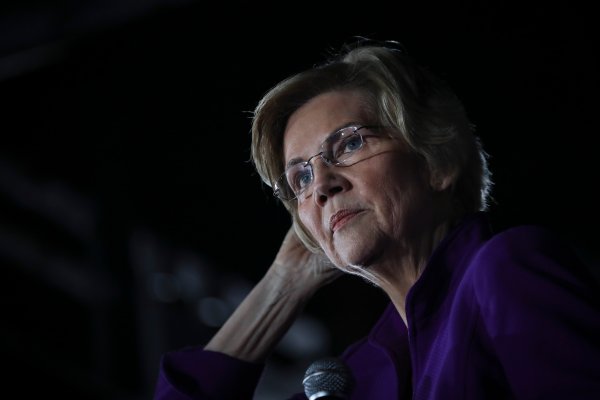