Mitt Romney has a long impressive resume. The Republican politician is a two-time White House hopeful, a successful businessman, a former governor, and the current senator from Utah with a long list of accolades. However, on the internet today, he is best known as the man who blows out his birthday cake candles one by one.

A viral video making its way round the web, Romney is presented with a cake for his 72nd birthday complete with burning candles and staffers ready to sing to him. The cake, by the way, is not a cake, per se, but a bunch of artfully stacked Twinkies, which are apparently Romney’s favorite snack. “It’s what I’ve always wanted,” he says in the video, laughing at the site of the stacked up snack cakes, adding: “Holy cow!”

After the Twinkie pile is placed on his desk, Romney proceeds to blow out the candles. While most people bend over their cakes and blow the candles out in one big breath, Romney takes a different approach. In the video, he plucks each burning candle out of the cake and blows them out individually.

While that is a good way to avoid blowing germs all over the cake, Romney may have other reasons for blowing out the candles one-by-one. “These are all wishes I’m getting,” he told those crowded into his office. 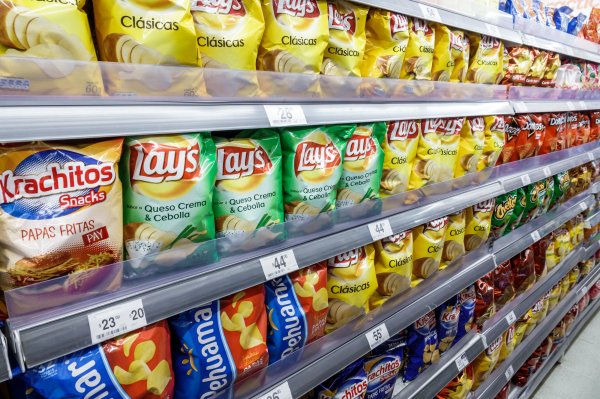 Do Doritos Outrank Cheetos? A Viral Chip Debate Has Ignited the Internet — and Celebs Have Big Opinions
Next Up: Editor's Pick