If you’ve wondered where in the world “Carmen Sandiego” has been for awhile, you can now explore the world in search of the elusive fictional criminal with Google Earth.

Google Earth is partnering with Houghton Mifflin Harcourt (HMH), the owner and publisher of the Carmen Sandiego brand and its products, to present The Crown Jewels Caper, a reimagining of the classic video game using Google’s technology. The game functions similarly to the original 1985 computer game, Where In the World Is Carmen Sandiego?, opening with an explanation of where infamous thief Carmen Sandiego is hiding with stolen jewels and luxury items. Players are agents for ACME, the detective agency that’s still on Sandiego’s tail.

To sleuth internationally without even having to leave your house, the interactive program is available for Chrome, Android and iOS systems, according to a Google Earth press release. To get started, just look for the special edition of the yellow stick figure icon on Google Earth.

Though gaming with Carmen has evolved over time, the mission to educate its young fan base has stayed the same since its first iteration through more than a dozen subsequent adaptations and games. With the Carmen Sandiego brand, knowledge on a specific subject is the basis for succeeding in the game.

Google Earth’s version is no different. When visiting a new city in hot pursuit of Ms. Sandiego, the game asks players trivia questions about that destination. “London was founded in the first century AD and has long been home to English royalty,” one slide says, after the virtual Earth slowly centers on the U.K. city. You can then choose different landmarks and talk to witnesses to gain evidence and intel on Sandiego’s whereabouts.

“It’s for all those gumshoes who grew up with the chase, and for the next generation feeling that geography itch for the first time,” Google Earth said in a press release.

The homage comes after Netflix premiered one season of Carmen Sandiego, also produced by HMH, in January. The animated show, which features Gina Rodriguez as the voice of the titular character, will return with more episodes soon, Netflix announced in a tweet last month. Deadline reported last year that a Carmen Sandiego live-action movie starring Rodriguez is also in the works at Netflix.

Though it’s been decades since the original character hit computers — and its original players are no longer the brand’s target demographic — the immortal Carmen Sandiego is still accessible for the next generation of kids.

Watch the trailer for the game below. 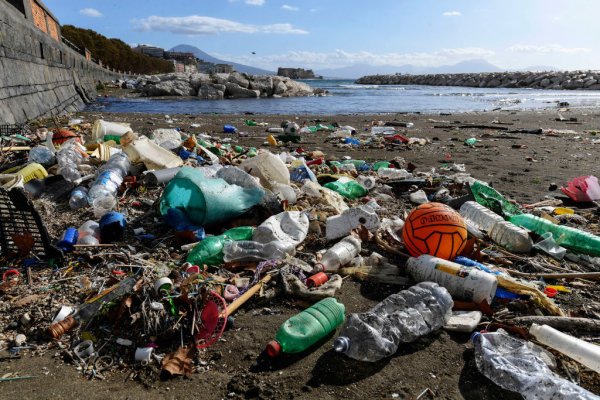 Meet the Man Who Popularized the Viral #Trashtag Challenge Getting People Around the World Cleaning Up
Next Up: Editor's Pick