Arguing that his proposed border wall with Mexico is needed to respond to a public health and humanitarian crisis, President Donald Trump declared a national state of emergency to secure the authority and resources to build it. The problem is that it may actually make Americans less healthy and safe in other ways.

As public health law experts, we assess how emergency declarations are used in the aftermath of natural disasters like hurricanes or wildfires, during outbreaks of emerging infectious diseases like Ebola and for other public health crises.

The president’s unprecedented use of the executive branch’s broad powers to declare emergencies could lead to a backlash that would constrain him and future presidents needing to use emergency powers later, while increasing public skepticism of critical health responses.

President Trump’s border wall emergency is unpopular. Polls show that over 60% of Americans oppose significant new wall construction. Nearly the same percentage feel that no emergency exists at the order.

The House has already passed a joint resolution opposing the declaration, and with several Republican senators expressing their unease with the maneuver, the other chamber could follow suit as well. Although the president would surely veto any attempt to overturn his emergency declaration, this would mark the first time that Congress has expressly opposed such a move.

Meanwhile, 16 states have filed lawsuits to overturn the emergency. Public Citizen and the Americans Civil Liberties Union have filed separate cases. Allegations include that the president acted unconstitutionally in the face of Congressional refusal to allocate funding. The Supreme Court may have the final word and could dramatically limit the president’s authority in this area.

Outcomes of the profound legal and political responses to the border wall declaration are tenuous, but potentially game-changing particularly in how future public health emergencies are handled.

Emergency processes that are supposed to allow the executive to rely on science, reason and resources have become increasingly politicized. In 2016, Congress failed for months to fully authorize funds for President Barack Obama’s emergency for the Zika virus. During the delay, American women and infants faced unnecessary risks of infection.

Drafters of the National Emergencies Act in 1976 warned against “partisan” or “frivolous” exercise of presidential emergency powers. If building a border wall qualifies as an emergency now, might rampant gun violence, widespread obesity or global climate change be classified as such tomorrow? Politicians on both sides of the aisle are rightfully questioning the President’s authority based on this reasoning.

The next emerging infectious disease outbreak facing the United States presents an interesting “test case.” In one scenario, the President, briefed with reliable information from the nation’s public health scientists, realizes the risks, but Congress is opposed to an emergency declaration due to public apathy. Will the President still be able to declare an emergency to save lives? In another scenario, public health officials are discounting the risks to Americans, but public fears over infection are stoked, pressing for action. Will a presidential emergency declaration sustain challenges? Outcomes in either scenario depend on how the border wall emergency plays out in court and politically.

Rarely have courts been asked to review emergency powers. Politicization of emergency declarations will only provoke more court challenges, essentially handing over key decisions in a crisis to the judiciary. This is untenable. Execution of emergency powers in response to public health threats requires timely and sustained responses that judicial delays will impair.

It also requires access to funds set aside by Congress for appropriate emergency purposes. President Trump’s attempt to reallocate existing emergency funds to build the wall is troubling. How willing might members of Congress be to renew emergency funds for future Presidents to drain on unwarranted declarations? Or legitimate declarations that Congress does not agree with politically? Could future Presidents also tap into emergency coffers like a “rainy day” fund to achieve political objectives?

The repercussions of the border wall emergency on public health preparedness are immense. Building a wall on the premise of American security may ultimately make us all less safe from risks of infectious disease and other public health threats no wall can stop. 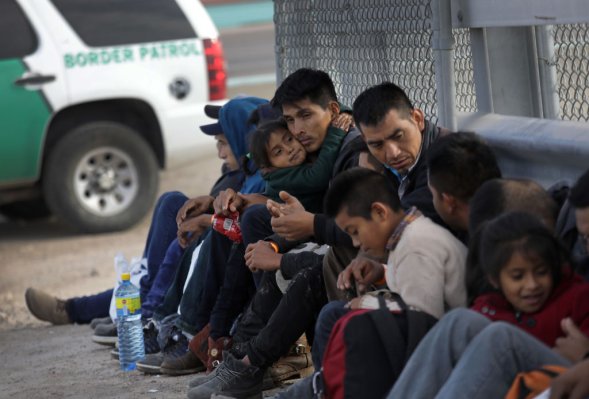 Judge: Trump Must Act on 2,714 Refugees Left in Limbo
Next Up: Editor's Pick