Senator Elizabeth Warren, a Democratic primary candidate for the 2020 presidential election, will speak about her vision for the U.S.’s future during a discussion at SXSW.

Warren will sit down with TIME Editor at Large Anand Giridharadas as part of “Conversations About America’s Future,” a series with talks with leading American political leaders. The event, hosted by SXSW and The Texas Tribune, will be held at the Moody Theater in Austin, Texas. Their conversation, slated to start at 2 p.m. local time, will be live streamed on this page.

Warren, who represents Massachusetts, is running on a platform of reducing inequality and fighting corruption in Washington. On Friday, Warren proposed the breakup of American tech giants, including Amazon, Google and Facebook. She argued that the companies epitomize the need for the government to “break up monopolies and promote competitive markets.”

The series will be part of SXSW’s 2019 event programming “Cities, Government & Politics Track.” The program will include discussions about urban planning, privacy and security concerns, and the intersection of government with technological innovation and data tracking. 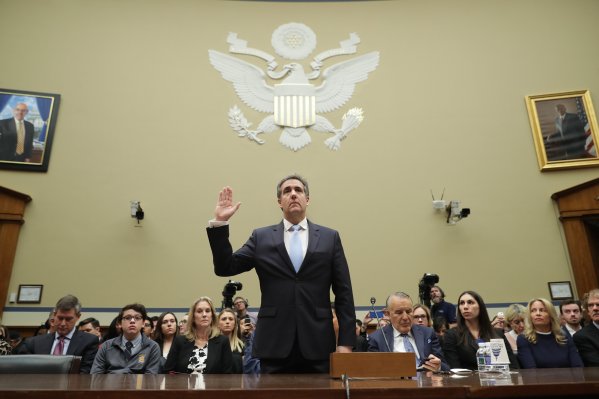 Trump's Sons Lashed Out at Cohen on Twitter
Next Up: Editor's Pick