Civilians evacuated from Baghouz wait at a screening area in the eastern Syrian province of Deir Ezzor on March 6, 2019.
Bulent Kilic—AFP/Getty Images
By Hillary Leung

Thousands of civilians could still be inside the Islamic State’s last stronghold in eastern Syria, as ripples of evacuees exit the area ahead of plans by the U.S.-backed Syrian Democratic Forces (SDF) for a final assault.

Reuters reports that the SDF has said it will wait for all civilians to be evacuated from Baghouz, near Syria’s border with Iraq, before advancing on the Islamic State’s last populated territory.

“We are still hearing about the presence of thousands inside Baghouz,” SDF spokesman Mustafa Bali told al-Hadath television, according to Reuters.

“We expect a fierce battle later on after the end of the civilian evacuation, given that those that will remain in Baghouz are the ones brimming with salafi jihadi ideology and the ones for whom surrender is not an option,” he added.

Families of Islamic State fighters, hundreds of whom have surrendered, have been leaving Baghouz in recent weeks, according to the SDF. Nearly 20,000 have walked for hours through a humanitarian corridor to exit, with some paying smugglers to help them evacuate.

The Islamic State group has lost roughly 99% of its territory that was spread across much of Syria and Iraq at its height in 2014.

U.S. President Donald Trump has said that ISIS is no longer a threat, declaring in a Dec. 19 video shared on Twitter that “we have won” and that ISIS “has been defeated” shortly after announcing that the U.S. would withdraw its 2,000 troops from Syria.

Security experts said, however, that the group still posed a threat due to its control over slices of remote territory and its ability to launch guerrilla attacks. A February report published by the Department of Defense Inspector General said that according to the U.S. Central Command, ISIS “could likely resurge in Syria within six to twelve months” in the absence of sustained pressure.

The Trump administration announced at the end of February that it would keep 200 U.S. troops in Syria following criticism. 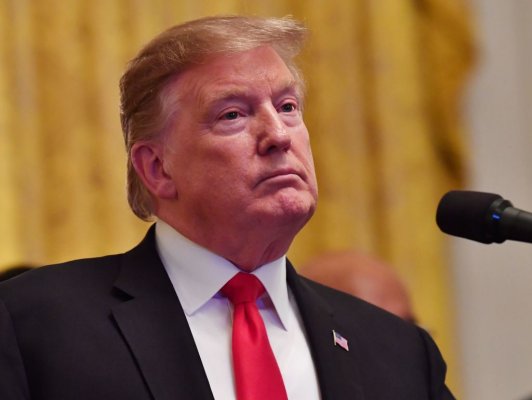