Apple CEO Tim Cook showed off his sense of humor on Thursday after President Donald Trump referred to him as “Tim Apple,” as opposed to Tim Cook, the previous day. Cook, ever wry, seemingly referenced Trump’s mistake by including an Apple icon in lieu of his last name in his Twitter profile name.

Trump’s “Tim Apple” reference was made at a meeting for the American Workforce Policy Advisory Board at the White House on Wednesday; Trump’s daughter, Ivanka Trump, who was also in attendance at the meeting took to her own Twitter to joke about the incident.

This isn’t the first time that Cook’s sense of humor has manifested on social media; at an Apple keynote event last fall, he used his Twitter with an “accidental” tweet that turned out to be a hilarious gag to kick off the event. 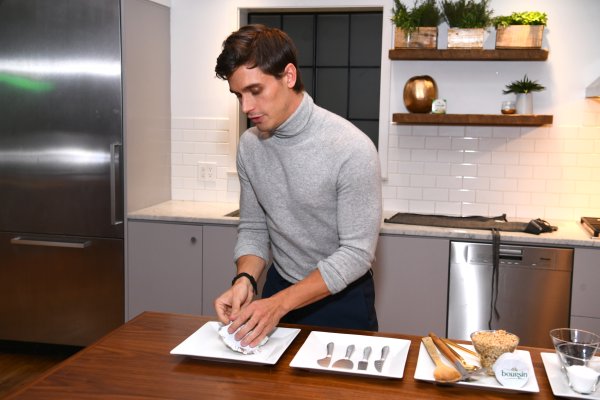 Queer Eye's Antoni Porowski Loves Your Memes of Him Playing 'Third Wheel' to Kate Beckinsale and Pete Davidson
Next Up: Editor's Pick