Want to Stop Climate Change? Then It's Time to Fall Back in Love With Nuclear Energy

A satellite view of the Fukushima Daiichi Nuclear Power plant after a massive earthquake and subsequent tsunami caused a nuclear meltdown on March 14, 2011 in Futaba, Japan.
DigitalGlobe—2011 DigitalGlobe
Ideas
By Hans Blix
Blix was the Director General of the International Atomic Energy Agency from 1981 to 1997, and was the head of U.N. inspectors in Iraq from 2000 to 2003.

Exactly eight years ago, an earthquake off the east coast of Japan set a massive tsunami on a collision course with the Fukushima Daiichi nuclear power plant. The wall of water overwhelmed the reactors’ cooling mechanisms and over the next four days the plant suffered three nuclear meltdowns. It became the world’s worst nuclear disaster since Chernobyl. In response, Germany, Switzerland and some others around the world accelerated their plans to ditch nuclear power as an energy source.

Nuclear power is virtually free of emissions. By contrast, we burn coal and gas at industrial scale to make electricity, pumping carbon dioxide and other noxious chemicals into our atmosphere. As a result, our oceans are warming and extreme climate events are becoming more common. Our children are more aware of these changes than we adults are: later this week, on March 15, young people will walk out of their schools in more than 30 countries to protest the scars we are carving into their futures.

There are paths out of this mess. But on March 11, 2011, the world’s course was diverted away from one of the most important. I am talking about nuclear energy.

Traditionally, green opposition to nuclear power has been rooted, above all, in fears of radiation let loose in a reactor accident or from waste leaking out of disposal sites. To use nuclear power and generate radioactive waste, environmentalists argued, was like taking off in an airplane without knowing where to land. However, today several countries are building deep underground disposal sites where they can safely land high level radioactive waste. What are we now to fear most: a gram of plutonium escaping from a deep underground waste disposal site, perhaps in ten thousand years, or billions of tons of carbon-dioxide released from burnt fossil fuels in our time?

Frankly, it is not the waste from existing or expanded use of nuclear power that threatens our planet. One might even say that the nuclear waste is one of the greatest assets of nuclear power, as it is so small in volume that it can be — and is — safely taken care of in its entirety. On the other hand, the waste of fossil fuels, especially carbon dioxide, is so huge that (despite much experimenting) we do not know how to handle it.

Can we responsibly continue to rely on nuclear power after the big accidents at Three Mile Island, Chernobyl, and Fukushima? Those were three grave accidents, yes, but accidents in any industry, whether nuclear, aviation or others, lead also to new, safer designs and dedication to safety culture. Plane crashes have not stopped us from flying, because most people know it is an effective means of traveling. They know that risks are rarely zero but also that safety is very high. We must arrive at a similar acceptance of nuclear power.

There was a time, in the early atomic age, when nuclear-generated electricity was expected to be “too cheap to meter” — that it would be more effective, in other words, to provide it for free than to charge. In the end, it did not exactly turn out that way. Nuclear power has never been cheap and today it struggles to be competitive on purely economic grounds with electricity generated by burning natural gas — especially from fracking in the United States. However, the story is very different if we see emissions of greenhouse gases as a cost in themselves. According to a 2011 study, taken on average over the lifetime of an energy plant, the burning of coal results in 979 tons of carbon-dioxide (per gigawatt hour) entering the atmosphere. Gas gives off 550 tons. The figure for nuclear power is just 32 tons.

Some people claim we can manage the world’s great and increasing hunger for energy by using wind and solar power. The call for “renewable energy sources” excludes fossil fuels, but it also excludes nuclear power, which is based on non-renewable uranium resources. It has been a smart but facile message, and we should be grateful that the world’s two most populous countries — China and India — are fast expanding their use of nuclear power as well as of renewables. Solar and wind power are great in many places and have gone down in cost. However, getting rid of technically sound carbon dioxide-free nuclear power plants, to replace them with carbon dioxide-free wind and solar plants, does not make environmental sense. And to reject nuclear power because uranium is not renewable is silly. With modern technology the global resources of uranium and thorium could fuel thousands of years of expanded use of nuclear power. Is it not enough that they are sustainable?

We accept radiation in nuclear medicine, to combat cancer for instance. We accept the radiation of spices to kill pathogens. We lie in the sunshine hoping that the solar radiation will make us healthier. Radiation is a force that can be destructive and dangerous if not used prudently, but it can also be tamed and used to our benefit.

To satisfy the energy needs of a world demanding vastly more electricity for industry, cars and trains, desalination and digitalization, increased efficiency in the use of energy is valuable but not enough. We need innovation: better batteries for storage of electricity, superconductors saving energy and fusion. But before we succeed in these and other exciting projects we need to be rational and practical and make full use of nuclear power, before the world becomes uninhabitable for our children. 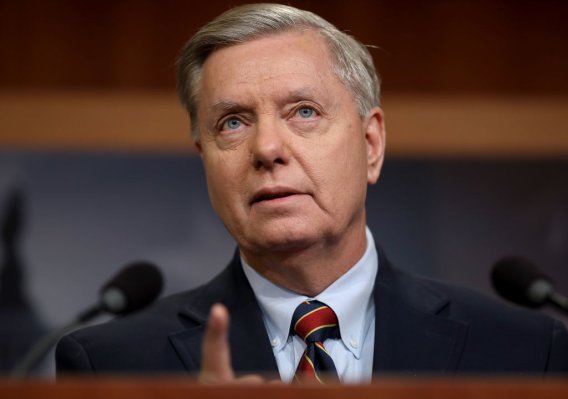