The New Depression Treatment Esketamine Helped Me Get My Life Back. But I Don't Know If I Can Take It Forever

Amelia D. has taken esketamine through a clinical trial since 2017.
Courtesy photo.
By Amelia D.

On Tuesday, the Food and Drug Administration (FDA) approved the U.S.’ first new major depression treatment in years: a fast-acting esketamine nasal spray related to the club drug ketamine, which is itself a promising treatment for depression. The esketamine spray, manufactured by Johnson & Johnson’s Janssen Pharmaceuticals and sold under the brand name Spravato, is intended for adults with treatment-resistant depression. When taken in conjunction with oral antidepressants under medical supervision, Spravato has been shown to ease depression systems in as little as hours, though the psychedelic-derived drug can come with temporary side effects including dissociation, dizziness, sedation and feeling drunk; it also comes with a risk of abuse, the FDA says. Spravato will cost between $4,720 and $6,785 before insurance during the first month of treatment, and between $2,360 and $3,540 in following months.

This is the story of Amelia D., a 37-year-old living in Michigan who asked to keep her last name private for privacy reasons. She has been enrolled in an esketamine trial at the Rochester Center for Behavioral Medicine, in Rochester, Mich., since 2017.

I started anti-depressants the summer after my first year of college. I was always a depressed person — more of a depressed personality. One of my diagnoses is dysthymia, which is a persistent low-level depression that kind of grinds away at you. I have so many diagnoses, and you get different diagnoses at different times. It’s really hard to keep track, honestly. I have adult ADHD, some anxiety and major depressive disorder.

I was first evaluated for an esketamine trial in 2017. I was in the system at the Rochester Center for Behavioral Medicine (RCBM) already, and my former therapist suggested me to the trial group there. I’d been going downhill. I was unemployed for at least a year at that point, and this was after a turbulent professional period where I kept getting and losing jobs over a period of several years — and this was while I was on other treatments. I was getting jobs and losing them within a few months, for a long period of time. I felt that I was losing those jobs because of unfair things happening, but others would perceive what I was going through as part of my depression impacting my performance.

I was familiar with the promise of ketamine from the media. If it was going to be as great as the media was making it out to be, I was willing to try it. The researchers contacted me and I went in for the evaluation, and they decided that I could take part. It’s a real commitment. To start the treatment, there’s the intake and you need to do the treatment twice a week for at least a month. You can’t drive for 24 hours after the administration. You also have to do it in the office, and they have to supervise you. They watch you for a long time to make sure you don’t have severe reactions to the medication. When I first started, the supervision period was about four hours. I switched to an open-label study [one where both patients and clinicians know the treatment being provided] after a few months, and now it’s down to an hour or two for me. Once, I was at a meeting right after my infusion. I was five feet away from a pizza box, and I perceived the pizza as square. I was like, “Oh, I didn’t know they had square pizzas.” Someone was like, “That’s round, Amelia.” I was like, “Oh, I’m on ketamine. Never mind.” [Laughs.] I usually just go home and sleep it off.

I go once every two weeks currently. I receive three nasal doses, one every five minutes, and then I’m under supervision for at least an hour, maybe two. It’s a pain to get done, but I went from being chronically unemployed to holding a job for over a year now. I’m a technical analyst for a human resources technology firm. If the treatment wasn’t working, I would have a harder time keeping the job. I can definitely tell when I need to get another dose soon. I’m a little more edgy, or a little thoughtless in some of the things that I say. I am sadder, a little less content.

I’m still in the trial, but from my understanding, the trial goes until this gets approved. Now it’s approved, and I don’t know what’s going to happen. The center where I’m taking part in the trial stopped taking my insurance company’s plans entirely. It didn’t impact my participation in the trial because my treatment’s getting paid for through the study, but I wasn’t able to access a therapist there and I still haven’t found a therapist. I’ve been too busy working to find a place to go for therapy. I can see myself having to transition off the medication and also having to find a new provider, since my insurance is no longer accepted by the clinic I’ve gone to since 2011.

I’d like to keep taking esketamine, or at least have a transition period off of it, but from what I’ve read this is going to be a very costly treatment. Maybe my health insurance plan will be accepted somewhere that offers esketamine services, but it’s a big unknown for me right now. I’m going to ask some serious questions about what next steps are.

After this story was published, Amelia learned that her trial, which she said was planned to last five years, will continue for the rest of its allotted time, and will not be discontinued due to Spravato’s approval. A representative from RCBM told TIME on Thursday that plans for the future are still being finalized. 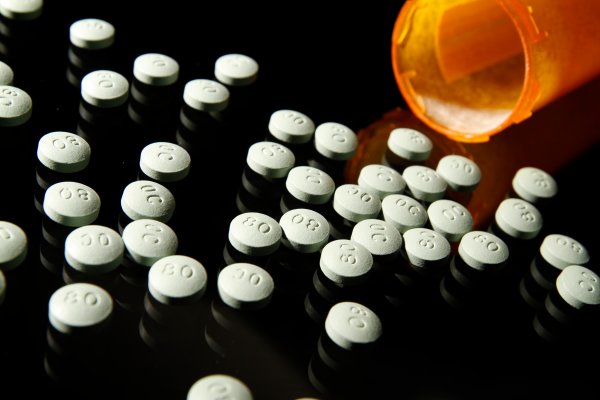 Allegations Against the Maker of OxyContin Are Piling Up. Here’s What They Could Mean for the Billionaire Family Behind Purdue Pharma
Next Up: Editor's Pick