In January, the actor won a trio of awards, including a Golden Globe, for her role in last fall’s Escape at Dannemora, a Showtime drama about a real-life prison break. In Hulu’s The Act, out March 20, she takes on another role drawn from true crime: Dee Dee Blanchard, a toxically overprotective Missouri mother whose daughter’s desire for freedom leads to violence.

You’ve talked about how your character in Escape at Dannemora freed you from worrying about being likable or attractive enough. What else did you like about that role?

It wasn’t that I ever felt I should have to be any of those things as an actor. But I felt like the business expected me to. Tilly is middle-aged and not apologetic about it. She felt O.K. about being sexual even though this world tells us you’re supposed to have a certain body type to be sexual.

Did you feel a similar freedom with Dee Dee?

I don’t know how to make someone likable who does what she does to her kid. But that’s not my concern as an actor. I just have to be honest about how the character feels and how they excuse their behavior, even if other people think it’s horrendous.

Dee Dee appears to suffer from Munchausen syndrome by proxy, in which people fabricate or cause illness to someone under their care. How did you get into that mind-set?

This part came to me when my daughter was going to boarding school. I had this longing feeling of wanting to keep her close to me. I expanded those feelings of care and loss almost to a phobic level. Everybody is afraid of being alone, of not being loved or needed. But when it comes to this toxic level, the behavior gets very weird because it’s so desperate.

At 50, you’re getting some of the best roles of your career. What does that tell you about how Hollywood views women as they age?

It’s always been the norm that they were really ready to put you out to pasture. What’s opening doors is these new streams of original content. They need material. At the same time, you have real-life crime stories that started doing well. They all lumped together at a perfect moment in my life.

You are an outspoken supporter of #MeToo, and your sister Rosanna was one of the first women to speak out against Harvey Weinstein. Where does that movement go from here?

I’m really proud of my sister. She’s incredibly brave. But there’s a lot of problems that aren’t being dealt with, like rape kits not being tested in a timely manner. There’s a long way from having this conversation to having legislation and norms in our society where people understand what’s acceptable behavior toward one another. I hope we can figure out best practices to support victims and educate offenders so we don’t keep this cycle going. 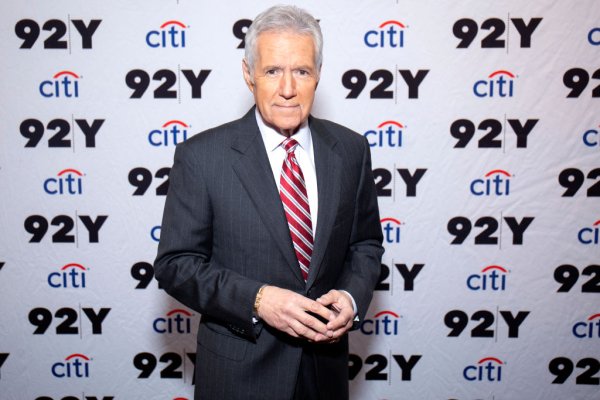 Alex Trebek Has Stage 4 Cancer
Next Up: Editor's Pick