Why Democrats Said 'No' to a Fox News Debate

The Democratic National Committee’s decision to exclude Fox News from hosting any of the 12 planned presidential primary debates was praised by liberal activists, but it raised new concerns about the party’s strategy.

“The grassroots spoke, the DNC listened,” crowed the headline on DailyKos, whose founder Markos Moulitsas argued that letting Fox News host the debate was akin to allowing President Donald Trump himself to ask the questions.

In rejecting Fox, however, the DNC also gave up a shot at reaching cable news’ largest audience for a night of live, unedited pitches on how the crowded and experienced field of candidates would fix the country’s problems.

As Republican strategist Evan Siegfried noted, for Democrats to win states like Ohio and Michigan in 2020, they are going to need folks who watch Fox News.

Chairman Tom Perez nodded to this reality in his announcement. “I believe that a key pathway to victory is to continue to expand our electorate and reach all voters,” he wrote. But, ultimately, he decided some of the network’s personalities are too cozy with the Trump Administration and could not be trusted.

Perez cited reporting from The New Yorker’s Jane Mayer, who detailed just how much the relationship between the President and his favorite on-air personalities drove much of the Administration’s agenda. “Fox has been both his shield and his sword,” she wrote. Given the anecdotes Mayer uses to illustrate her point, Perez said he had few other choices.

But the choice speaks to the tension inside the Democratic Party at this moment. There is tremendous frustration with Trump and an energy coming from the Left. That’s why folks like Sens. Elizabeth Warren and Kamala Harris are already attracting large crowds for their rallies. But there’s also a universal desire to win, even if that means moving slightly toward the center on policy.

Nowhere was this clearer than during a recent breakfast where Sen. Sherrod Brown, the Ohio Democrat who is pondering a campaign of his own, found himself dogged by questions about a series of progressive ideas introduced by liberal darling Alexandria Ocasio-Cortez. Brown, who has a four-decade record that at times has been further to the Left than most of his fellow Democrats, was clearly frustrated at how party activists were taking their cues from Ocasio-Cortez.

“I won’t individually talk about every time a freshman member of Congress or Presidential candidate comes out with the plan,” he said. “I am not going to take a position on every bill that’s coming out.”

Debates have become intensely watched. The first one of the 2016 cycle — in August of 2015 — drew 24 million viewers, a record. The first of 2020 will be in June of this year on NBC, MSNBC and Telemundo. CNN will host the second debate in July.

And with President Donald Trump unlikely to face a serious primary challenge, they’re also a one-sided opportunity for Democrats to get their message out and counter the White House’s incumbent advantage on dominating the news cycle.

Fox News, in a statement, urged the DNC to reconsider. “We hope the DNC will reconsider its decision to bar Chris Wallace, Bret Baier and Martha MacCallum, all of whom embody journalistic integrity and professionalism, from moderating a Democratic presidential debate,” Fox News exec Bill Sammon said. “They’re the best debate team in the business and they offer candidates an important opportunity to make their case to the largest TV news audience in America, which includes many persuadable voters.”

To be fair, Fox News’s programming can at times be a series of contradictions. The journalism on the network can be hard-hitting, as when Ed Henry grilled embattled Environmental Protection Agency chief Scott Pruitt or Chris Wallace challenged White House adviser Stephen Miller on immigration. But its primetime lineup is made up of opinion-driven anchors who are largely in lock-step with the President.

For the purposes of the debate, however, those pundits were not in contention.

A DNC reconsideration seemed unlikely. Party insiders and Perez’s informal cabinet largely supported the move, arguing that the goal of the debates is to build a large audience of likely voters in a Democratic primary. But the risk, of course, is surrendering any independent voters in the process.

Judging from the early weeks of the 2020 campaign, it seems the Democrats are aiming for the party’s loyal and loud grassroots for now. 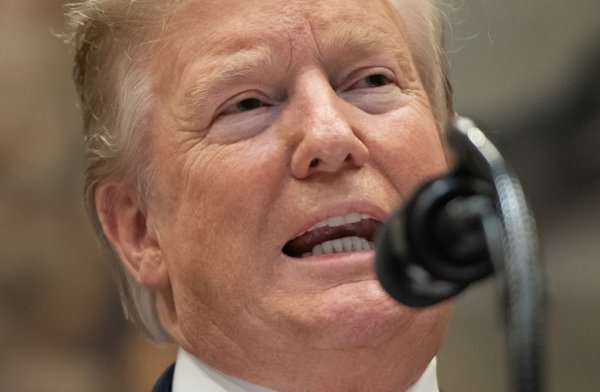