Brazilian President Jair Bolsonaro delivers a speech during the appointment ceremony of the new heads of public banks, at Planalto Palace in Brasilia on Jan. 7, 2019. Brazil's conservative new president tweeted a lewd Carnival scene on Mar. 6, 2019 of people peeing on each other that has gone viral.
Evaristo Sa—AFP/Getty Images
By Daniel Cancel / Bloomberg

(Bloomberg) — Carnival is a beloved institution in Brazil, a wild, sensual celebration that dates back centuries. But to the country’s new socially conservative president, Jair Bolsonaro, it is a scandalous affair that symbolizes just how much the country has lost its moral compass.

And so he wasn’t about to let his first Carnival come and go without lashing out at its more extreme elements. Late Tuesday night, just as the festivities were winding down, Bolsonaro posted a video showing a scantily dressed man in leather appearing to touch himself in front of a crowd before bending down to be urinated on by another reveler during a Carnival procession.

“I don’t feel comfortable showing this but we have to expose the truth so that people are aware and can take precaution,” Bolsonaro wrote when posting the video on Twitter. “This is what many street processions have become in Carnival. Draw your own conclusions.”

On Wednesday morning, after his tweet went viral, Bolsonaro riled up Brazilians further with a follow-up tweet in which he asked, “What’s a golden shower?”

Ever since he launched his presidential campaign last year, Bolsonaro has been a lightning rod of controversy in Brazil. His comments on race, gender and education have deepened the divide on social media and in the traditional press between his ultra-conservative base and the socially liberal left. 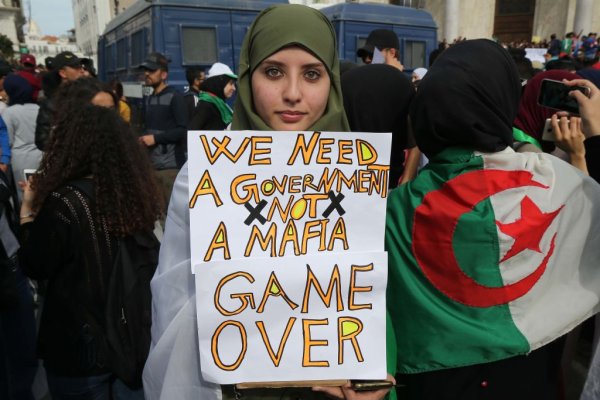 The Quick Read on the Protests in Algeria
Next Up: Editor's Pick