US President Donald Trump speaks prior to signing an Executive Order on National Roadmap to Empower Veterans and End Veteran Suicide, in the Roosevelt Room of the White House in Washington, DC on Mar. 5, 2019. The next day he signed an executive order cancelling the requirement of publicly reporting civilians killed by drone strikes.
Saul Loeb—AFP/Getty Images
By Margaret Talev / Bloomberg

President Donald Trump revoked a requirement that U.S. intelligence officials publicly report the number of civilians killed in drone strikes and other attacks on terrorist targets outside of war zones.

Trump formally ended the requirement with an executive order on Wednesday, months after signaling such a move. The administration last year ignored a May deadline for an annual accounting of civilian and enemy casualties required under an order signed in 2016 by then-President Barack Obama. The order was part of an accountability effort to minimize civilian deaths from drone strikes.

The order signed by Trump revokes the requirement that the administration release an unclassified summary of “the number of strikes undertaken by the United States Government against terrorist targets outside areas of active hostilities, as well as assessments of combatant and non combatant deaths resulting from those strikes, among other information.”

A law Congress passed last year requires the Defense Department to provide Congress a report of civilian casualties, though parts of it may be classified. Trump’s action effectively removes casualties from any drone strikes by the CIA or other agencies outside the military from the reporting requirements.

Ned Price, a former intelligence analyst and Obama-era spokesman for the National Security Council who is now affiliated with the National Security Action policy advocacy group, said Trump’s move sets back transparency efforts and is “a shortsighted decision that will allow our enemies to be more effective at what they’ve long sought to do.”

Price said Obama’s order “allowed the United States to counter with facts and figures the misinformation and disinformation that terrorist groups and others issued to undermine our counter-terrorism operations around the globe.”

The White House National Security Council said in a statement that Trump’s order removes “superfluous reporting requirements” that “distract our intelligence professionals from their primary mission.” 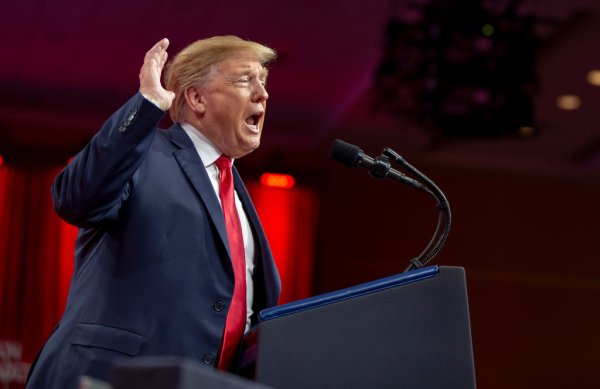