Justin Trudeau's Former Aide Just Defended Him on Canadian TV. Here's What He Said About the Growing Scandal

Justin Trudeau’s government never directed Canada’s attorney general to intervene in a Quebec construction company’s legal case but did suggest she seek an outside opinion on the matter, a former top aide said.

In televised testimony Wednesday in Ottawa, Gerald Butts laid out his version of events that have put the Canadian prime minister in political jeopardy ahead of an election. His comments come a week after former justice minister Jody Wilson-Raybould alleged Trudeau, Butts and others pressured her to help SNC-Lavalin Group Inc. settle corruption charges out of court.

Trudeau’s former principal secretary said the prime minister’s marching orders to staff were to bear in mind potential job losses at the Montreal-based firm, and to work with the public service to consider all legal options. Wilson-Raybould was merely asked to consider a second opinion, he said, adding the final decision was hers to make.

“We felt that outside advice was appropriate because of the extraordinary circumstances,” Butts told lawmakers on the House of Commons justice committee. “We also made clear that if the attorney general accepted our proposal and took external advice, she was equally free to reject that advice.”

The former top prime ministerial aide, in his opening remarks, detailed conversations with Wilson-Raybould and said the topic of SNC-Lavalin came up only rarely. She never made her concerns plain to him early on, or wrote to Trudeau saying her decision was final, he said.

Wilson-Raybould was shuffled to a different job in January. Butts said that decision had nothing to do with SNC-Lavalin, and that her objections around SNC only ramped up around that time.

The story broke Feb. 7, when the Globe and Mail newspaper reported — citing anonymous sources — that Wilson-Raybould felt pressured to intervene. She then quit cabinet and gave her version of events in explosive testimony last week. A second minister, Jane Philpott, resigned this week over Trudeau’s handling of the matter.

Butts left his job as principal secretary on Feb. 18, saying it was in the best interest of the government for him to step down. 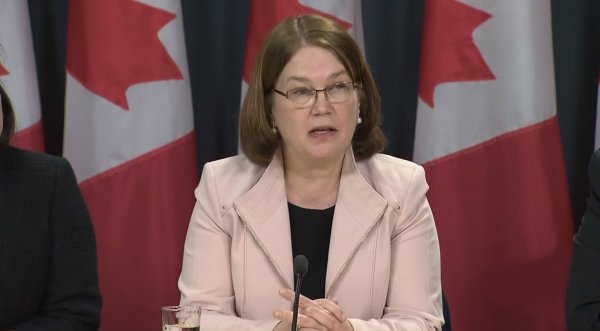 Trudeau's Troubles Deepen as Another Minister Resigns
Next Up: Editor's Pick